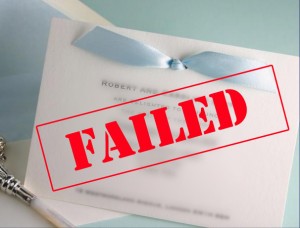 We’re enduring, in America, another populist love affair with socialism, or “democratic Socialism,” as Bernie Sanders defines it, where the old fella seems to admit the government may not be able to manufacture working dishwashers, but it can, somehow, guarantee the lifestyle of the middle class.  Hillary Clinton joined in the chorus and declared that workers should be able to share in the profits they help their employers make.

I got to thinking how noble that sounds.  Share in the profit.  That sounds so much better than “share in the losses.”  Even wedding vows project “for better or for worse,” but politicians are positive thinkers, I guess.

I’m one of those people who doesn’t see things as an employee, I guess, because I’ve always been in business for myself.  I had a chance, in the early 1980s, to be an assistant fiction editor at Esquire, but even then, fresh out of college, the thought of a job, working for someone else, filled me with dread. I would much rather face the probability of being fired by a customer every day than by a manager after ten years of service.

So, when I say I prefer having my own business, it’s not out of some self-proclaimed nobility.  I just prefer controlling my own destiny as much as possible.  I like not having to worry about what a new management team,  2500 miles away, thinks of me.  I like knowing that if they fired me, and found out they made a mistake six months later, I wouldn’t have to enjoy the interim lack of income, while they were coming to their senses.

But there’s a price to pay for this independence.  It’s called “failure.”

Here are some of mine:

I have many, many, many more failure stories, including a disastrous flirtation with an eccentric theory I had about stock options, but let’s just say that our redcoat failure actually led to a successful business providing living history field trips for elementary school students. We were able to leverage that success into a restaurant and agriculture business and we now have about 25 core employees that I value like family. I want them to make more money along with me, when I make it, but I’ve never asked them to share in my economic failures.   Our accountant tells me my wife and I don’t pay ourselves enough, but we would rather grow than take lavish salaries, in part, because I want not just jobs for my employees and family — but careers.  We want to grow.

Faithful employees are great people, and I don’t know a successful business owner who doesn’t value his employees, but employees don’t go home at night, worrying about sales with the intensity I worry about them, or taxes, or regulation, or changes in the market, the way I do.  They may make a mistake at work, but they don’t pay for it economically.  I do.   I promised them wages for hired labor. That’s the covenant.

If they want to share in the profits, I’m good with that too.  But they have to pay the price.  They have to buy in with their own dollars. They have to own it, the profits AND the losses, the way I do.

Bernie Sanders, getting his government check every two weeks, may not understand that, but I think the American people do.

Papal Groupies And Other Joiners
When Evil Makes Good