Too Pure to Party

Perfection, not patriotism, is the last refuge of a scoundrel.

If you get in an argument about policy, or political choices, with a certain kind of churchman, and you hear the words, “we will never have justice until Jesus returns,” you can wager this bold blow for Captain Obvious is rooted in cowardice, or sloth, or both.  If the argument were about how much tithing to give or how much to help the poor, and you responded, “well, we can’t really expect justice until Jesus returns,” he might not be able to compartmentalize that, but his real problem is sloth.  He’s skipped the verses about the returning master finding him working, and occupying, and tending the garden–even the tawdry, thorny, imperfect political garden.

This is the guy who scoffs at Republicans for not doing more about abortion, and not really doing anything more than Democrats on the issue. In the recent Senate vote to defund Planned Parenthood, 51 of 53 Republicans voted to kill the beast and 44 or 46 Democrats voted to go right on paying for baby killing and body-part selling.  (Lindsey Graham was too busy trying to appear presidential to vote on the matter).  Well, by my reckoning that makes the GOP about 96% pure on the matter and the Democrats 96% pure poison.

I’m not sure how you look at a vote like that and conclude there is no difference between the parties, but the sense that nothing is really being done about abortion allows these folks a convenient escape route. Some of them might be connected to the welfare state.  Some of them might be protecting a municipal pension.  Some of them might have a long family history of social justice and bloated welfare systems seeming to them “Christ-like,” but if they can safely believe there is no difference in the political parties, they can go right on rooting for the Democrats, the way grand pappy rooted for the Red Sox.  Never mind that the GOP affirms, in its platform, the “sanctity of life,” and the Democrats affirm, in theirs, the continued right of a woman to have an abortion at any stage of her pregnancy, “neither party is doing anything; we won’t have any justice until Jesus returns.”

So your vote doesn’t matter.  It’s not an issue of faith. If they were teenagers, you would ground them for this sort of rationalization, but they are just intellectual adolescents walking around in holy garments, waiting for Jesus to make everything better, and scolding anyone who is actually weeding the garden.

Fellow believer, let me tell you something:  If you voted for Obama, or for 96% of those Democratic senators, you helped make the continued killing of children by Planned Parenthood possible. 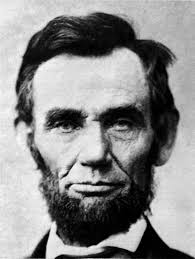 At this point, the coalition-hungry pastor clucks, “well, if you voted for Romney or a ‘rape-exception’ anti-abortionist, you are no more clean.  We are all dirty, brother, except for those who voted on pure principal!  Hypocrite!”

This is the “Draft-Jesus” branch of church politics.  “Until Jesus returns, we will never have justice.”  These folks might settle for Nehemiah, or Abraham, or John the Baptist, but until our republic studies and reveres such men again, our choices wont’ be quite so pristine.  Would I consider it a victory if the church scolded Democrats, even if it meant a little implied praise for Republicans? Of course I would!  Am I comfortable with the church asking Democrats to not take communion and offer it to compromised pro-life voters?  Of course.

We live in a world where sin exists in degrees, and we settle, routinely, for a compromised, but improved virtue.  We’re glad we live in a flawed representative republic and not in a godless, thieving hell-hole like Haiti.  We understand that a lustful thought doesn’t have all the consequences of unbridled adultery.  And, yes, we can take some solace in a politician who would end 96% of abortions, en route to getting rid of all of them.

Stop hiding behind your purity and get some dirt on your hands.

Do the Right Thing
Stand Fast, Or Explode
Ads by Google