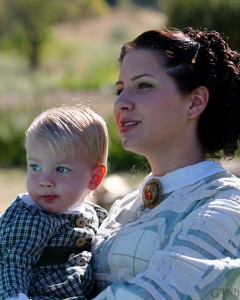 There are some truths so obvious you get a bit hoarse repeating them: Phoenix, Arizona is a nicer place to live than Tejarcillos, Costa Rica for a reason.  Seattle, Washington beats Zimbabwe for a reason. Salzburg, Austria trumps Sinhung, North Korea  for a reason.  It’s easier being a woman in Madison, Wisconsin than Riyadh, Saudi Arabia — for a reason.

And yet, if you chat for any time with your average progressive, or even your average third world Christian missionary, you might be tempted to think a random cosmic dice roll had assigned misery, disease, and squalor for the sole purpose of adding dimension to the canvas and variety to the human experience.  “Let’s see,” God says, “why don’t we make this little Costa Rica slum really miserable and this little Connecticut suburb a treasure chest of Georgian homes and streets lined with sugar maple?”

Do you worship that fickle a god?  I don’t.

To be fair, both the progressive and the Christian missionary might allow for cause and effect, but their reason for the state of affairs is usually shallow, and wholly subordinate to the plan of action that must take place immediately: write a check you selfish western bastard. The short term remedy of sending cash becomes the long term imperative.  The really difficult work of identifying the cultural disease and investing in the souls and minds of mankind would mean that you would have to read the entire Bible and teach its lessons;  you would have to appear ethnocentric;  you would have to lecture and scold and love and teach.  You would have to be something like a parent, or a pastor, and who are we, really, to teach these wonderful native people who have so much, after all, to teach us?

Progressives claim that imperialist western powers have drained the third world of its natural resources.  If so, and you ignore the substantial “on the ground” improvements associated with exploiting those natural resources, you have to ask yourselves the question: why didn’t native peoples exploit their resources on their own?  Lack of curiosity?  Lack of drive, capital, education?  And if so, shouldn’t we be exporting a bit of that cultural common stock?  Or would you prefer, Mr. Progressive, they take the  long-suffering route with malaria, Ebola, and unheated bedrooms, so as to die young and maintain a small carbon footprint?

Christian missionaries are another story, but let’s just say they usually get the Sermon on the Mount wrong.  Jesus wasn’t saying it’s a great thing to remain poor.  He was saying the poor would be comforted.  He was saying “seek ye first the kingdom of God, and his righteousness; and all these things (food, shelter, clothing) shall be added unto you.”  (Matthew 6:33)  He was also saying the rich (these days, those of us in the west), have a holy obligation to help the poor. It’s our blessing and privilege  to do so, but when we do, we need to give out a lot more than just food.  We need to give the truth as well. And the truth hurts before it heals.

God was very clear about it from the beginning.

“This day I call the heavens and the earth as witnesses against you that I have set before you life and death, blessings and curses. Now choose life, so that you and your children may live.”  Deut. 30:19

He promised them a truth so simple, and generous, and profound, you have to be willfully blind to ignore it.  God says “obey my law and I will make you prosper;  ignore it and you will suffer.”

It’s not that difficult, folks. If you follow the one true God, you have the supreme commander of the universe on your side.  Conversely, if you see an animist god in every plant and animal, you have a pantheon of enemies and a lifetime of superstition ahead of you. If you remain true to your wife, and she true to you, you won’t be subjecting your children to emotional trauma of yelling matches and separation.  If you believe God is watching you, when you contemplate murder, theft, deception, you aren’t as likely to stray — and if, praise be, your neighbors believe the same thing, your wife will be safe, and your life, and your property. You can set up a lemonade stand and be reasonably sure thugs won’t steal your hard work.

We’re only as wealthy as the cultural values we all share.  If you have a neighborhood full of people who would rather die than steal your property, you can spend more of your time building your business, since you won’t be worried about who wants to steal it from you. If everyone in your town publicly condemns covetousness, there will be no class warfare, fewer demagogues elected to office and representative bodies seeking the common good, instead of divide-and-conquer.   If you have a culture that values hard work, there will be lots of goodies to go around.  If you have a culture that values innovation, thinking, and service to others, eventually you will have Ipads, and Iphones, and car trunks that open just by waving your foot under the fender.

A few weeks ago, a friend shared this Huffington Post blog about the western problem of feeling “blessed.”   The writer confuses the awful teaching of prosperity gospel (“name it claim, blab it grab it”) with the very real promises of God.  The fact is that God is not a behavioral psychologist; He is our father, if we seek Him, He will act like a father, rewarding those who obey Him, and troubling those who don’t.  Along with the food, and the money, and the prayers, we need to send the third world the truth.  Can you imagine how bright the future could be, if we really believed in it?

It isn’t that difficult to comprehend, but freedom begins in accepting the simple truths.

The Idea of Us
July 4th