The Market Place of Approved Ideas 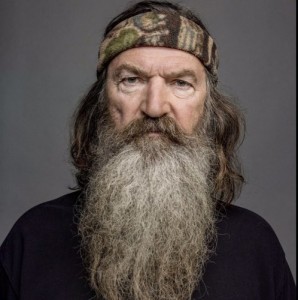 A few of my friends are Phil Robertson scoffers, not because they disagree with his position on New Testament sexual morality,  but because they feel certain the controversy was manufactured.   A revelation of this sort makes the already shrill gay lobby scream bloody murder, and the faithful rush to the show’s side, and when it’s all said and done not a single home in America will remain unexposed to Duck Dynasty, even that hermit out there on Walden Pond.  After the dust is settled, the downstream revenues for the show explode and A&E will have new buyers for all its other reality real estate.  To which I say:

A few of my attorney friends have reminded us this is not a first amendment issue, that no public agency is restraining Phil from saying anything he likes.   If you write a screenplay, hire actors, pay them, they have no first amendment right to alter their lines, and they may even sign agreements restricting what they say about the show afterwards to journalists.   To which I say:

Still others even scold Phil for even agreeing to an interview with GQ. Didn’t he know they wouldn’t treat him fairly?  Why did he have to cast pearls before swine like that?  They don’t feel sorry for someone who opens himself up to attack that way.   Still others, who don’t like reality shows,  are glad to have another contrived, less-than-candid camera off the air.  A few felt the remarks were crude and overly blunt.   To which I say:

You’re all missing the point.

Freedom of expression, and freedom of conscience are far more important than any of the hype or the legalese or the dirty journalism attached to this story.  Phil got our attention, and I’m glad he did, because the gay lobby, like the jihad lobby, have declared their own extra-governmental gestapo.  Their sense of self is so fragile they demand to control, beforehand, how they can be described, and negative opinions are just not allowed.    This falls into the category of expression that will never even test the first amendment, because a few loud brats have frightened programming executives into abject, pre-emptive compliance .

Here’s the issue for those of you who haven’t thought it through:  do we reward A&E for this kind of cowardice?   Do we want to live in a world where every organized interest group can put the market place of ideas on warning:  ridicule us and you will never work in this town again?  Write the wrong satire and lose your stage forever?

If we’re silent on this issue, that’s the entertainment establishment we’re building.   Every actor, every writer, every director will have to perform an “idea check” against this year’s “don’t discuss” list.   Anyone with the wrong ideological background won’t be able to pitch a show.   Content will either become more guarded, or more decadent, as long as the brand of decadence is approved.

I write as though that were the future.  It’s the present.  We’re rewarding the cowardice of programming executives.  We’re making “approved think” profitable.

Stop.   Most of you have cable systems that allow you to pick your programming mix.   In my case, switching from Dishnet’s “America’s Top 120” package to their “Smart Pack” channel eliminated A&E in our household.   I can switch back anytime I want, but if enough of us did something like that, we might be able to scare the content providers back into a reverence for open dialogue.

Because in my ideal world, when a shrill pack of whiners took on a programming executive for something one of his actors said to a men’s magazine, the senior VP wouldn’t even take the cigar from his mouth as he barked this sacred response: