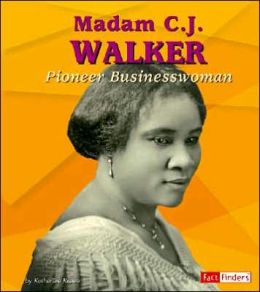 The morning broke a little warm and windy; the farm’s golden hour looked happy enough, grapevine green and all, fruit fattening up in the summer morning heat, but I was troubled, and then I recalled the source of the worry:  I spent an hour or two in a theater yesterday, trying not to weep.

Dinesh D’Souza’s new film, “America,” will likely enjoy a large audience of folks like me — the kind who watched our fathers pull themselves out of Great Depression poverty, the kind who understand the connection between the rule of law and economic growth, the kind who — pardon me — “get it.”

Among other narratives, Dinesh tells the story of C.J. Walker, America’s first black female mega-entrepreneur who made a fortune selling beauty products.  She began selling them door  to door, and the film depicts her cheerful, determined economic evangelism, in a pep talk she gives her sisters.  She had no special help.  She came, literally, out of the cotton fields.   Her message is simple: if I can do it, you can too.

And why would they?   Paid advocates for the poor share something in common with Judas Iscariot.  They keep the purse, and the moral high ground.  They get to reach into piggy bank for themselves and wax weepy at the same time — whether it’s the personal injury attorney fattening himself up on iffy claims, or the Catholic priest resting safely in the economic bosom of the church, or a middle manager in the handout bureaucracy.   Even a capitalist running a grocery store dependent on EBT cards is part of the scam.  No one wins any friends, short terms, using a bucket of cold water to wake up dole-drunkards.

And so, when Dinesh took us up in the sky last night, with these lush aerial panoramas of American valleys and cityscapes, he captured the grand canvas of the place, and the joyfulness and inventiveness of the American spirit.   He even allowed rock star Bono to make the grand point — “Ireland is a great country, but America is a great idea.” The hatred leveled against America is a measure of how high her standards are, and how we sometimes fail those standards– because, after all, we’re building a City on a Hill.  The beauty of our nation, the memory of my parents, the stories of those who died to preserve this hallowed ground, and the utter ingratitude of those, like our President, who don’t “get it”  — well it left me clutching the arm rests to keep from losing it.

Let’s turn that worry into resolve, this 4th of July.  Let’s take the place back.