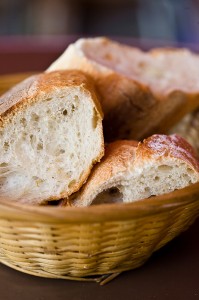 The year is 1967.  I am standing in a long hall of monumental statuary and painting, and I am wearing a cub scout uniform, along with several other boys from my church. We are about the business of culture here, an art museum of some sort. This little afternoon field trip is meant to sprinkle our merry band of crew cuts with a dose of the “finer things.”

Our den mother is young and pretty, in her trim blue skirt, pale apricot blouse, and navy scarf.   I remember, vaguely, the scale of the works in question, the overlarge oil paintings of English monarchs, but I can’t say I remember any of the works very specifically except for the final trio of naked maidens we all gathered around silently, without comment, before heading off to be packed into station wagons for the ride home.  Since we were a pretty religious little band of merit badge seekers, most of us understood that we were to experience the naked beauties in a kind of reverential light.

“It’s just art,” we seemed to be telling ourselves:  for Pete’s sake, nobody say anything, or they will be a full-scale giggle-fest; so we were silent on the matter.

That is, until a chubby little ruffian took his seat in the back of the station wagon  and blurted it out:

“Beautiful,” our pretty den mother interrupted, “the way God made them.”

That stopped us for a moment or two.  We were left to ponder the ugliness of our suppressed laughter verses the sublime spiritual beauty of the female form.  How could we ever be worthy of these naked angels?  How could you fit bosoms and Bibles in the same room? We drove on in shame.  We were low. Our beautiful den mother was made of higher stuff.  We were left to puzzle out the incipient, savage part of our nature in silence. 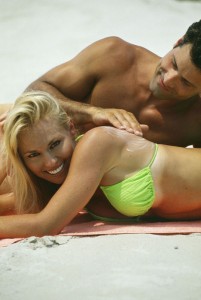 I don’t think that conversation is ever really concluded, then, or now, four thousand years ago, or this morning.  A man shuffles through yesterday’s mail, pauses for three seconds too long on the image of a bikini-clad woman in the Caribbean surf.  A young, coltish business executive is caught off guard by the beauty of a stewardess and he drops his carry on bag.  A young married mother notices the shirtless carpenter across the street and whistles a little tune to herself on the way back to the laundry.

These moments are never really “settled,” because, by cosmic design, we are built to endure a kind of heavenly struggle, or at least a struggle that heaven allows.  It concerns a continuum that runs from admiration, to desire, to lust, and, in some cases, to idolatry. To put in food terms, we breath in the buttery glow of a fine craft bread.  We admire it.  After a short debate, we fork over the cash and buy a loaf, because we desire it.  Jumping Joo-joo-bees is it good.  We praise God for it.  Most of us stop there, with a kind of measured, panary adoration, but  in some cases, we turn this into a lifetime obsession and when the paramedics come for you, complaining of chest pain, they wonder if their gurney can actually carry 700 lbs.  Your ponderous, fatty bulk is wheeled into the emergency room, and a lifetime of gluttony is put pitilessly on display for a room full of the more moderately injured.  Someone whispers “how do they let themselves get that way?”

But it wasn’t the bread’s fault.  The bread was never bad, never disgusting on its own.  Far from it. God made the grain, and the butter and the very land “flowing with milk and honey.”  No troop of boy scouts ever encircled a table full of fresh shortbread, awkwardly fidgeting at the embarrassment of their hunger. It’s just good stuff — sweet, hot, chilled, spiced with chocolate, dipped in milk, made from rye, wheat, white, sour dough, toasted, battered, buttered, seasoned.

But, upon seeing that half ton, fleshy-armed wreck in the emergency room with ankles the size of Virginia hams, only a dietary fiend would run from the room on a campaign against bread.  We don’t give sermons against bakers who show too much crust.  We don’t call for whole grain prohibitions.  We don’t lament advertising that reveals, shamelessly, steam rising from a fresh cut loaf of raisin bread.

We properly focus our distaste on the gluttony of the abuser.

When it comes to sex, however, a lot of well meaning believers demonize the bread.  A week or so ago, I posted a funny video on Facebook.  A beautiful blonde was sun bathing.  She was laying face down, topless, (but unexposed to us) and a volleyball rolled up and hit her on the head.  The boys across the beach asked her to throw it back.  She does, standing up, revealing herself as the boys had hoped, and she lays back down.  Within a few seconds, she’s hit by a dozen different beach balls, petitioning for a repeat performance.

It struck me as hilarious, in an 8th grade way.   I can praise God for how beautiful He made that woman, and I can also get a chuckle out of her vanity, and even the rascally nature of the young men around her. It doesn’t strike me, on one level, as being much different from the hydrangea bush scene in “It’s a Wonderful Life,” where George Bailey ponders selling tickets to witness the naked distress of Donna Reid.  But, sure as shootin’, one of my arch-pietist friends lamented how low I had fallen, how dirty and ugly the topic seemed, and how I had succumbed to “worldly humor.”

Well here are the facts:  God made beautiful women, and we desire them.  Praise be.  Without that gift, the Thanksgiving table, and all tables, would be empty, but when many believers sound warnings against the obvious overindulgence of this blessing–fornication and adultery–they blemish the blessing in the process of cursing the sin.

If I blame the pietists for this, there’s a good reason for it.  It’s their fault.  In their attempt to give proof of their holiness to God, (as though they could ever be justified on the basis of their behavior), they made unholy the gifts of God:  nature, wealth, food, wine, love, sex.   It’s never the thing that’s bad;  it’s the love, or worship, of it that undoes you.  But throughout the 19th century, the cloistered, joyless pietists infected the church with their legalism, and we’re still paying the price for it today.  Men like Sylvester Graham (Graham Crackers) believed that eating the right foods would free you of impure thoughts.  Other extreme pietists, like John Harvey Kellogg, (of corn flakes fame) believed in applying carbolic acid to the genitals of young girls to prevent them from masturbating.   Sexuality, and the human body, became so unnerving to Victorians the mention of certain terms like “arm,” and “leg” and “pregnant” were considered in bad form. 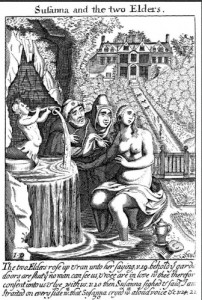 Prior to the 19th century, the church wasn’t the picture of repression it was to become.  18th century bibles were illustrated in full naked detail, with Potiphar’s wife, and Bathseba, showing their gifts.  The lamentations of some Baptists against drink and dance would have been foreign to the celebration experience of George Washington.

Unfortunately, we still have to fight the Pharisee spirit in the modern church.  There’s nothing wrong with dressing modestly, but some preachers appear downright unhinged in their lamentations, and the undeniable result of this false teaching is the dirtying of sex itself.  If a teenager, in church, hears 10 messages about the need for purity, and one, semi-whispered, awkward message about the joy of sex, what are they to conclude?   What will their honeymoons look like?  Uninhibited?  Naked and unashamed?

Since I began writing about the problems of sexuality in the Protestant church, not one, but several believers have told me their marriages have been sexless, not just for months, but for years.

And people wonder why the church is losing membership, and the faithfulness of the young?