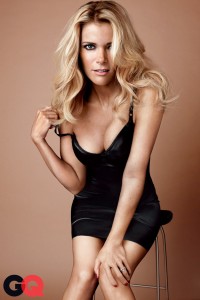 Can someone please tell me how all of this works?

Megyn Kelly begins her questioning of Republican candidate Donald Trump with this question:  “..You’ve called women you don’t like ‘fat pigs, dogs, slobs, and disgusting animals..”  When Trump replies, getting a laugh with a Rosie O’Donnell joke, Megyn won’t be put off. She hammers:  “You once told a contestant on ‘Celebrity Apprentice’ it would be a pretty picture to see her on her knees…”

First of all, as a man, I want to know why my gender didn’t get included in Megyn’s concerns? Is it okay to call men “pigs, dogs, slobs” and not women? Surely, Donald says some pretty ugly things about dudes, too, right, but that didn’t tweek Megyn’s miffed-meter. This is a semi-serious question. If I ever run for president, I want to know if I can call Chris Christie a pig, because I kinda got the sense Jimmy Kimmel did that a few times with Governor Christie, and even presidential candidate Lindsey Graham told Donald Trump to “stop being a jack ass.” I think this would really have upset Megyn too, but I can’t be absolutely certain, since Lindsey isn’t a woman. (I’m pretty sure.)

The reason I’m totally confused about this is that I was almost certain we lived in an age where anything a man can do a woman can do too.  Legally.  By law.  With the whole enforcement mechanism of the federal government behind the concept. That means that women can be insulted just like men and men can be insulted just like women.  You can do ball jokes, butt jokes, and even that-time-of-the-month jokes.  Right?  Or maybe there is some other kind of equality we’re talking about here — some sort of two-tiered equality where everyone’s equal but some people are a little more equal?

Because that would then explain why a serious journalist and lawyer like Megyn Kelly can tease the camera with a little cleavage and a tug on the nighty straps but Donald Trump can’t make saucy jokes about a Playboy model.  How does that one work? A woman who poses for a men’s magazine, but doesn’t have a side job as a journalist, has to be treated with respect, but a woman who is also a reporter must be given super-DOOPER respect? If we were talking about a man, fair game, you can just call them a pig or a dog or a disgusting animal, but a woman showing off her cleavage and also a lawyer and a hard hitting journalist? — we have to draw the line somewhere.

For the record, I’ve never been a Donald Trump fan, and I don’t particularly dislike Megyn Kelly, (although I have to try a little harder to like her now).  My honest question might be at the root of why the American people are calling BS on the Donald “blood” controversy.

Years ago my wife, who I have been married to happily, for 27 years, told me when she was a young staff accountant at a Fortune 500 company: “..it’s odd.  The women I work with want to be taken seriously.  They want to move up.  But then they come to the office Halloween party dressed like a French maid or a kitten in leotards.”

Bingo. Feminism and social justice when wages and political office are at stake, along with lamentations about objectifying women and layers of extra bureaucracy to guard against sexual harassment, but abandon the powerful tools of cleavage, tight skirts and kiss-me lipstick?  Give up the push-up bra and the tight sweater and the right to get angry with you for noticing the push-up bra and the tight sweater?  Are you kidding me?  How would Fox New’s “The Five” even survive?

Female sexuality, or female allure, is such a powerful reality that some weird cultures put a big black bag over it.  I’m glad we’re not one of them.  Just this afternoon, we had a whole van full of women in burkas show up to dine at a our restaurant.  I’ll take the business, but, frankly, it’s just a little creepy.

I’m genuinely glad we live in a culture that can celebrate the beauty, and the wonder of women.  I recently returned from a vacation in Santa Barbara, where we took in the sights of Old Spanish Fiesta Days.  Our production partner, Jonathan Wilson, and I were trying out a new camera rig and we walked by a bar featuring a beautiful young woman whose job it was to sit in a window and just rock back and forth on a swing.  She wasn’t naked.  She wasn’t wearing a bikini. She was just good looking.  I can honestly look at a woman like that and praise God at the same time.  Spare me.  It’s not lust.  It’s not adultery.  It’s just honest appreciation for the creativity of the Lord Almighty.  But do you think the women in my family understood that?  Not on your life.  You can’t even compliment a woman without it being taken the wrong way.

And both Donald and I mean that respectfully, Megyn.

So just can it with the outrage.

Stand Fast, Or Explode
The Stateless Christian
Ads by Google