I’m pretty sure I know who you #NeverTrump people are.

You are people of some faith, most likely.  You are trying to make a living, and you are annoyed that a growing class of people don’t even care about making a living–and you make those coasting privileges possible.

You couldn’t believe the America you love actually elected Barack Obama–twice.  Some of you brought the free, cold, bottled water to tea party rallies.  Some of you went to the airport and drove Andrew Breitbart to the speaking event your friend organized.  Some of you won congress back for the Republicans and you watched, in despair, as Boehner and McConnell failed to put up any sort of meaningful fight. You threw up your hands and you voted for McCain and Romney, knowing they were beltway players, but deciding that you had to buy some time.  You had to prevent Barack from doing even more damage to the republic you love. 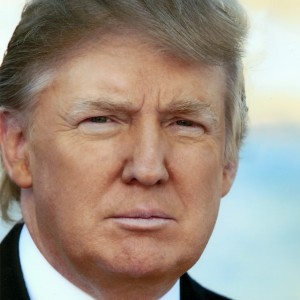 You are a civil person. You appreciate order and gentleness and inclusiveness.  You detest the rank, insulting diatribes of the diva misfits on The View. The progressives think you’re a bigot, but you know you are actually one of those people who listens to different perspectives, who tries to render a conversation reasonable and productive.  You’re the Christian College provost who actually gives Bernie Sanders a platform, even though you disagree with him passionately.  You aren’t in the crowd that denies Ben Shapiro a place to speak.  Those are the other people.

And then along comes this reality star hotel developer, this philistine, this jovial narcissist, who is on his third wife, who appeared on the cover of Playboy, who appears to wing it at press conferences, who tells reporters, figuratively, to screw themselves, who ignores his consultants, who fights like a mad dog. He calls a bimbo, when he sees one, a “bimbo.”  There is no restraint, no finesse, no bashful, Bush family humility about their gentleman’s “C” incompetence. This guy Donald just says what he thinks, right up to wondering, out loud, if a La Raza Judge of Mexican descent just might be prejudiced against Donald on the border issue.  This guy wonders, out loud, if we ought to take a look at Muslim immigration.  This guy says China ought to be stuck, hard, for intellectual theft and thug trade deals.

Oh, okay, there’s some conservative stuff in there.  He believes in the 2nd Amendment.  He picked the most pro-life running mate since Roe V. Wade.  He proposed the largest tax cut of anyone on the stage, this election cycle.  But you know better.  This guy doesn’t mean it.  His convictions are as superficial as his Christianity.  He’s going to leave you at the altar.  You know his type.  You’ve seen that big, brash, bully kind before.  You saw it on the playground, when you were a kid, when Derk Dixon made you run around the punch ball court, riding a broom, because you lost the bet. You saw it in your dad, who left your mother when you were 14.  This guy is totally male.  TOTALLY MALE.  He doesn’t apologize for being a man, and he is nowhere near being a gentleman like Marco Rubio or Ben Carson or Ted Cruz.

Lord, you pray, why do you make people like this successful?  Will you explain that to me someday? Am I going to get an explanation SOMEDAY for Donald Trump, Matt Damon, Kim Kardashian, and all the other misfits you put on the stage and gave power and wealth and influence?

I know.  It’s very, very personal for you.  You hate the guy.  You hate the confidence, the swagger, the utter lack of civility.  This is not your party.  You are the party of reasonable discourse, honorable compromise, and well-trimmed lawns.

And I know, you hate Hillary too.  You know she’s evil.  You cringe when someone calls you a closet Hillary supporter, because that just isn’t fair.  She’s evil personified.  She’s a liar, a corrupt sociopath of the worst sort.

But you just can’t bring yourself to vote for Donald.  You have to answer to God someday.  You have to honor your principles and your conscience, and you just don’t believe Donald is actually defending your attachment to Constitutional judges, life, and liberty.

You’re something like a defendant, in court, represented by a flawed barrister.  Your attorney is fighting for you, but he is way too confident, too direct, too brutally honest.  You sneer at your own advocate.  The jury looks at you, wondering why you don’t believe in him, even though he’s declaring you innocent. You know you’ll lose this way, that you’ll go to prison for it, but you anticipate your glow of self-pity in your cell — and how warming that will be.

You prefer a polite warrior, over one who wins battles.

Hear Me Roar?
Demeanor, Training, and All That Important Stuff..
Ads by Google