I wrote earlier that lots of well meaning, big-hearted Christian folks are anxious to let us know: they do not approve of “hot,” when describing a daughter of God.

A Christian woman is a daughter of the King.  She is a princess.  She is special.  She is precious.  She is the mother of your children.  She is to be cradled in your arms and protected, respected, adored. 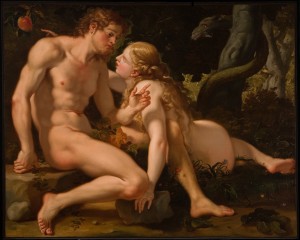 Those who measure their faith by scripture, (as opposed to who are just kinda wingin’ it), have to reconcile some passages that might feel as though they are at odds.  I could pick DOZENS, but I’ll just pick two:

Know ye not that the unrighteous shall not inherit the kingdom of God? Be not deceived: neither fornicators, nor idolaters, nor adulterers, nor effeminate, nor abusers of themselves with mankind… 1 Corinthians 6:9

A bundle of myrrh is my well-beloved unto me; he shall lie all night betwixt my breasts. Song of Solomon 1:13

Before we get into this puzzle, in any depth, ponder this:  when was the last time you heard your pastor’s wife say, “…ah, well, yes..  it was a great night.  We had dinner, some powerful prayer together as a couple, and then Bill just made incredible love to me, and he fell asleep between my breasts.  His hair smelled great.  When he woke up, he told me my navel was something like a goblet of wine.   I thought that was sweet.”

Well, okay, maybe this has never happened in your personal experience — and maybe not ever in the entire history of Christendom, but for some reason, God allowed that very message to be recorded in divine scripture.    Why are we always turning this into a metaphor?  Why are we reading this text only in hushed, age-appropriate couples conferences?   Why are we making it less hot than the text actually appears?   Why are we turning this ONLY into a picture of Christ’s union with the church?  Isn’t it — on some level — Solomon’s celebration of his gorgeous, HOT bride?  And that bride’s celebration of her HOT husband?

Consider two scenarios, by way of examining this puzzle:

Couple #1:  It’s Thursday night. The youth ministry bible study has come to an end.  Sam and Jane walk out to the car.  Sam holds Jane’s hand, and the power of that touch sends them both into a kind of spiraling desire.   The parking lot is dark.  They have the back seat all to themselves.  Before you know it — they are naked, sweating, wild with pleasure, even as their conscience nags at them.

Couple #2:  It’s Saturday night.  Sam and Jane have just been married. They ran through pelted rice and flashing cameras only to sweep crumpled newspapers away from their getaway car.   They are leaving the party early, for the honeymoon, and they arrive at the hotel room. They tear off each other’s clothing.  They make love.  It’s fantastic stuff.  Sort of.  But it’s approved.   Totally approved.   And this is weird: the really good parts?  The really HOT love?   That playful smile Jane gave Sam as she snapped open her bra?   Their conscience nags at them.

We don’t spiritualize pizza, or nice cars, or barbecues, or surfing.  It’s just what it is:  great cheese, incredible crust, home made teriyaki sauce, really big, beautiful waves.  We just praise God for His incredible creativity.  On most of these fronts, we don’t have a divided prism we use to  register whether this is “holy pizza” or “profane pizza.”  It’s just pizza, good or bad, unforgettable or inedible.  We don’t emerge from the California surf with a slightly guilty feeling about having experienced the perfect wave.   It wasn’t a God-honoring or a God-profaning wave.   It was just a wave.

On the other hand, we’re so sensitive about sex, even married sex, that we allow ourselves a hyper-pietist varnish — and the varnish makes it more hideous, and weird, and even shaming.   I would argue that we’re so used to discussing the profane abuse of sex, we don’t really know how to celebrate good, hot, married sex.

Imagine great, polite, “clean-cut” sex.  What would that look like? Prayers, gentle touches, and happy thoughts of pleasant meadows? That’s something like dancing  in a straight jacket.  It isn’t real.  And I’m pretty sure God doesn’t approve.   He gave you a pretty hot gift, and if Song of Solomon is any guide — you should give yourself over to it with abandon.

There’s a reason why men are attracted to trashy sluts like Kim Kardashian or Scarlett Johansson.   They don’t have the love part down, but they do have the passion part down.

Christians should be able to have both.

Your Cow is Licking My Solar Panel!
Sleepless in “C” Class