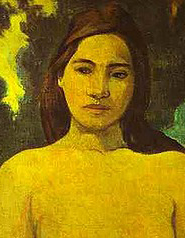 Well, there may be a few Tahitians out there — the sort Margaret Meade never actually met — who just kind of fall into sex the way other people fall off to sleep.  It’s all as natural and inevitable as opening a window to breathe in a spring morning;  it’s so routine there’s not much sense in talking about it.   There may be still others who just accept it on its own terms, the way you would experience a spectacular sunset– breathtaking, but not really your doing, and nothing you get to control either.   I’m certain a few folks out there have achieved tranquility on this score.  Perhaps Humphrey Bogart was one of them, what with the starlets and all.

The rest of humanity — with the exception of a minority who have totally surrendered to age or loneliness — are maddened and perplexed and obsessed and charmed by sex.   It’s obviously powerful beyond comprehension.   It’s obviously deeply satisfying.   And, in a very real sense, it can’t be discussed.  We can discuss it abstractly all day long, but we can’t discuss our own dilemmas without making sure the doors are locked and the non-disclosure forms are signed.   We live in fear of someone chuckling and shifting in their chair and ending the conversation with the words, “too much information.”

The bare fact of the matter is that we’re born with a longing — a pre-articulate desire to satisfy ourselves with, and in, a mate, to bond physically, spiritually, and emotionally with another human being.   In first grade, when Christina Novelli walked into the cafeteria, why did I feel a pleasant fracture, as though I were glass, dissolving into a thousand ticklish shards of rock candy?   She turned me into cascading sugar, and when she walked out of the room, I was a box full of want.

And it would have been first grade suicide to talk about it.  What happens when you confess that sadness and longing?

Ridicule.  Mockery.  Scorn—by all of the other little kids, who are feeling, after all, their very own version of the same thing.  So don’t let anyone fool you about being honest, about expressing yourself.   Desire, romance, sex — they are all mysteries.  If you talk about what who you really want too much, Christina Novelli will rightly take you for a loser, and she’ll be gone for good.

I didn’t make those rules — that’s just the way they are.  God built incredible complexity into the system, and that complexity draws us.  If it were easy, we wouldn’t want it.

In other words, there are no Tahitians.

No one ever, anywhere, has ever found sex as easy, or as natural, as opening a window or getting yourself another glass of water, because sex represents the pleasant collision of two sovereign souls.  Well done, the collision is unavoidable, a force of both spirit and nature.  If you find yourself the glass of water in someone else’s desire for sex, turned on and off at their will, you are a commodity, and the hand that turns the faucet has failed miserably as well, because the surrender has to be sweet, and mutual.

If the marriage bed is pure and undefiled, why doesn’t the pulpit celebrate it with any reality?

If I have the courage to return to this reverie, this is where I will speak to that glorious morning, where Adam woke from his sleep, and saw a gift so glorious that good men fear to describe it, and bad men rush to use it for their own ends.