The Cult of Respectability

Are you a free thinker?  Think again..

I have a friend on Facebook who obviously reads a great deal of history, and he posts some terribly challenging facts from time to time.  It doesn’t matter which characters from the past you revere, whether its Martin Luther or Martin Luther King, Malcolm X or Malcolm Muggeridge, the matrix of “approved think” from even the last three months — not to mention the theological, scientific and cultural cult to which you are joined* — confines you in ways you will find hard to admit. Your heroes weren’t as pure as you think they were and the villains weren’t quite as bad either.  Your conclusions about history, politics, and culture are being contained, and constrained, constantly. 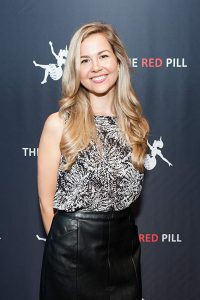 The cult of feminism

Consider the journey of one Cassie Jaye, the documentary filmmaker who produced 2016’s, “The Red Pill.”  (It’s free on YouTube.)  I very nearly didn’t give the film more than its first 10 minutes, because the image of a few “men’s rights advocates” declaring a very small street gathering “historic,” felt like the work of a posh young feminist man-bashing a few old guys reeling from divorce issues. I didn’t need to be reminded: feminism is uber-hip.  The “patriarchy’ is code for “white nationalism.”  This depressing state of affairs, this mind rot, is bad enough as it is without having to register the gloating of sexless feminists shouting obscenities on the sidewalk.

But I wasn’t being a truly free thinker. I wasn’t listening to Cassie, and I would have missed her discoveries, which are nothing short of “matrix-shredding.”  Did you know, for example, that men account for 92% of all work place fatalities?  Were you aware that men suffer from physical domestic abuse almost as much as women?  Did you know that a man trying to escape a spouse with psychotic rage will be turned away from the vast majority of shelters dedicated to helping the victims of “domestic abuse?” Perhaps most damning, did you know that most feminist political organizations work to suppress both these facts and their policy remedies?  Did you know that most feminist organizations don’t care if innocent men are forced, by the courts, to pay child support for children they didn’t even father?

I won’t spoil the ending, but I will put it this way:  Cassie benefits by the journey.  She appears to possess a rare blessing in this day and age: an open mind.

Jim Crow, Then and Now..

Even in evangelical culture now, it’s hip to be “woke,” to explore remedies for present symptoms of past racial injustice. I’ve even listened to excited church planters describing it as a “missionary tool,” a way to bring people of color into the Christian fold.  The insincerity of this idea seems almost comic: “Hi, people of color! I’m a white guy who never engaged in racial hate and you are a person of color who never suffered from it, so let’s talk about how we can make ourselves feel better by fighting sins we never even witnessed!”  The layers of deceit here are enough to make a thinking person positively squirm with discomfort: “you play the victim and I’ll play the bigot.  Quick, make up something to complain about and I’ll pretend I’m apologizing for it.”  Meanwhile, actual scriptural advice for Christian living — “there is neither Greek, nor Jew, in Christ” — the great uniting principle of being members of a new, united family is ignored.  The devil squeals with delight.

The evils of the past are easy to condemn.  Take it from a living history reenactor, it feels much better fighting wars that have already been won.  It all strikes me as something like the Pharisees claiming, “oh, right, we know the prophets were killed by idol worshipers, but WE would never be a part of that. We would have defended the prophets.’  In the context of the “woke” movement, one group gets to play the part of the wounded prophets, and others get to play the part of the enlightened truth-defenders.

But Jesus knew this sort of thing was all bull shit.  He knew they were all lying, that even as they said this, they were plotting His death.

“Woe to you, scribes and Pharisees, hypocrites! For you build the tombs of the prophets and adorn the monuments of the righteous, and say, ‘If we had been living in the days of our fathers, we would not have been partners with them in shedding the blood of the prophets.’ So you testify against yourselves, that you are sons of those who murdered the prophets. Fill up, then, the measure of the guilt of your fathers. You serpents, you brood of vipers, how will you escape the sentence of hell?”

A few nights ago, I critiqued Joaquin Phoenix’s habit of turning in neurotic, inscrutable interpretations of the characters he plays.  Instead of debating his showmanship, it’s fair game to just call your opponent (me) an old white guy who should die soon. (See graphic above)  On the broader “cancel culture” front, over the past two years, my employees have been lied about, my own motivations have been demonized, and I have had to fight, very hard, to restore business I’ve enjoyed for years, simply because a very small number of people have deemed me worthy of collective shunning. I’ve been called “an old, evil white man.” I’ve been told I should kill myself. I’ve been told my children are in danger simply by virtue of what I believe. Well meaning friends have told me I can buy peace by staying silent.

When you experience official, media and government sanctioned cancel culture, you see the end of your career and even the poisoning of your place in the tribe. Many people, as we know, actually commit suicide. These evils seem to be at least as dehumanizing and cruel as some features of Jim Crow, but if you make that complaint, and comparison, people shake their heads and accuse you of “white fragility.” Suck it up.  Lose your job. Go broke.  Accept the “hatemonger” label.  You deserve it, because you’re an old white, Christian, heterosexual.

You all think you would have protected the Jews, fought against Jim Crow, insisted on equal pay for women, and you would have been right there protecting the prophets against being killed.

..but I’m not so sure.  Many of you can’t see the evil right in front of you, because you’re too busy defending it.

America, in the history of the world, is one of the very few places where we’ve made some limited progress against the tyranny of dogma and group-think and mental cowardice, and now, hopefully political correctness. That mighty Constitutional bludgeon — the First Amendment — is allowing the abortion debate to continue. It’s allowing technologies to be challenged.  It’s allowing conventions and assumptions to be broken, and improved.  I challenge you to listen to a Stephen Meyer debate.  The scientific community faced with the unfathomable complexity of molecular engines and DNA-coding can’t stand their cherished Darwinism being questioned.  Al Gore and the well funded high priesthood of climate hysteria have to coin terms like “climate denier” so as to shore up their lack of data, but their assertions are given balance by opposing points of view.  We find the truth by fighting over it.

In my own case, group-think is so powerfully cult-dominated that it even shields monsters like Louis Farrakhan and buffoons like Stormy Daniels.  It turns Constitutional dimwits like David Hogg into folk heroes.  I was brave enough, or silly enough, to ridicule the rules of the cult.  And for my troubles, I was made the official subject of a public agency’s blacklist.

Right now, some of you are timid enough, close-minded enough, not to understand that I’m on the right side of history, because I’m the one you are free to hate.  Consider, throughout time, the company you keep.

* We are all members of a cult of some sort.  Some cults are just better funded and more competently marketed than others. Watch the Academy Awards for just a few moments; it’s a seductive, hierarchy-protecting cult.  How else could Harvey Weinstein have been ignored for so long?