Sex, Abortion and the Holocaust

In “The Reader” (2008) Kate Winslet plays a German woman facing trial for her small part in the Nazi extermination regime, but for the first 30 minutes of the story you would be tempted to conclude it was all bound to be a story about an older woman sexually initiating a younger man.  If you are going to tell a story about the systematic extermination of six million Jews, your first thought might not be “Kate Winslet naked,” but given the marketing requirements of Hollywood, and the ancient mythology of the serpent in the garden, it makes no small sense — whether Harvey Weinstein meant it that way or not.

The German people, of course — defeated, humiliated, bankrupt — drank the snake oil in the 1930s.  They were a “master race.” And how would you nurture a “master race,” but to do what Hitler did fairly well, engage in art direction and sex folklore: conjure an erotic trance of buxom uber-maidens giving themselves to muscle-bound Neo-Norseman, who were fresh off their machine age innovations and Reich-building.  And the mothers of the Third Reich had to send their lovers off after an enemy and they allowed themselves a fiction: the Jews were their nemesis,  and if you hear the testimony of camp guards, SS soldiers, and Gestapo underlings there is one thing in common: they had been convinced, through the managed Zeitgeist, that they were in mortal danger. The unpleasant work of neighborhood lists,  turning in friends, yellow stars, and cattle cars were all necessary steps in keeping them free. The bride price of the love-hungry fräulein was purchased with blood money. The ancient Biblical truth — that through the Jews a blessing would come to all nations — was made over into a demonic inversion. 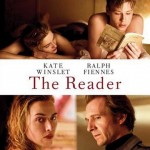 So when the German people–years after the camps had been liberated–had to begin prosecuting the SS officers, the guards, the camp nurses, the sadistic camp doctors, they plunged in with zeal to get all this insanity assigned to the proper culprits. But a few of them, like Kate Winslet’s lover, now a law student as the story moves forward in time, realized they were all complicit. They were all guilty.  The post war trials were shams.  The need to conclude someone else was to blame was so powerful, they had to identify a few simple-minded yes-maidens to bear the burden.

Our national struggle with abortion is strangely parallel. In every other age, children have been considered the crowning glory of any man’s inheritance. Only dark-hearted pagan cultures would consider them for ritual sacrifice, and by the era of the American Revolution, our high birth rate was considered one of our principal national treasures.  Enter the demonic inversion of abortion and abortion culture, where babies are made the national enemies, the barrier to progress, and worry free sex is the bait.  Enter the era of unwanted babies made less than human, as were the Jews of Europe.

I entered adolescence in the early 1970s, and despite being from a family of political junkies, I don’t even remember discussing Roe v. Wade. What I do remember is a sex education class we were all asked to attend at Foothills Jr. High, in affluent, suburban Arcadia, California. A doctor and a nurse made condom jokes and showed us veneral disease disaster slides, but it wasn’t really meant to be horrifying.  It was meant to establish the premise. Our brave new world would include a great deal of sex and modern science had solved all of the collateral problems.  You didn’t have to get sick, or pregnant, or maternal.

I can’t speak for everyone else, but it sounded pretty damned exciting–Kate Winslet naked exciting.  But, of course, “scientists” make all sorts of promises they can’t keep and an entire generation found out secretly, sometimes horribly, that the ancient truths were right all along.  No woman really gives sex away freely.  She expects a nest, and a family, and a husband, and as liberated as she pretends to be, an abortion is deeply wounding.  I can’t remember anyone celebrating the occasion with a dinner party, or waxing very optimistic, for that matter, about the growing list of venereal diseases that seemed more or less permanent. Scientific humanism had been proposing a false 4th Reich and a generation of the “enemy” (unwanted children) were getting killed off in its service.

Because everyone feels deeply ashamed about their own personal participation in that holocaust, the one that is taking place right now all around us, the depraved human thing to do is to double down, to lash out, to conclude we have all been compromised and no one is holy.  “A woman has a right to choose,” screams the woman who feels horribly guilty about her own role in the tragedy, and who is trying, desperately, to turn her grief into something nobler–a crusade for “women’s health.”

But the grieving, post abortive mom isn’t alone in her guilt.  We’re all dirty.  We’re all silent cowards, whether we’re the girl who doesn’t have the gumption to raise her child alone, or the boyfriend who doesn’t have the courage to lend his support, or the teacher who can’t quite bring herself to let her student know how powerfully depressing the experience can be, or the pastor who can’t bring himself to warn his flock.  We’ve all put those little babies on the death trains.

Let’s repent.  Let’s get this over with.  Let’s admit we were wrong.  We were ALL wrong.