A few ways to make peace in the pitched battle between the sexes.. 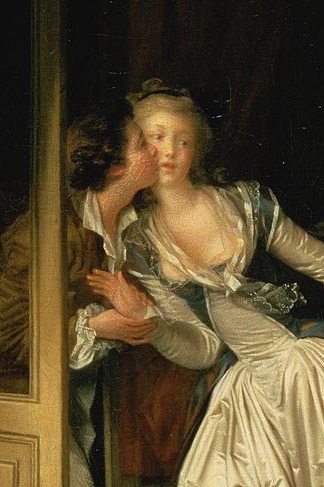 The paternal advice, and my date’s, were confirmed again one night, over beers, in college, when I sat talking to a guy who seemed to enjoy the effortless, affectionate company of women.  He wasn’t particularly handsome.  I don’t ever really laughing at anything he said. He was just pudgy, confident, genuinely cordial, and the love prey of what seemed like every beautiful coed on campus.  “Be their friend,” he told me, “and don’t expect anything. ”

On the other side of the war, I knew a woman every guy wanted to be with at one time or the other. She was attractive, to be certain, but not in any flashy, conventional way.  She wasn’t forward, but you got the feeling she knew men, and she appreciated men for being men. She laughed at our 8th grade sense of humor, didn’t mock us for our hunger and she gave every sense of enjoying joking about it, and even seeing it in action. She really knew how to makeout.  But, to be certain, she wasn’t a harlot; she eventually gave herself to just one man, and they have enjoyed a long and happy marriage together, with several children.

If I had to characterize what made her attractive it might be that, with the twinkle in her eye, she was telling you, in a classy way, that desire was just as much her problem as it was yours.  She wasn’t an icy virgin hiding behind a formless dress, preparing herself for a lifetime of “wifely duty” with meek and humorless resignation.  She was looking forward to the same things you were. Her love for men had the sort of genuine radiance I would expect from a Christian woman who really knew what “liberty in Christ” meant — not as an excuse for debauchery, but as a genuine reflection of the struggle men and women face in their attraction for each other. The love of our Father in Heaven isn’t dependent on how tightly we button our shirts, or how coldly we offer our chastity to God on a platter.  This struggle can lead to sin, without question, but it’s also a struggle built on a fascinating desire that God not only allowed, but created. A true Christian both struggles–and praises God for the beauty of the struggle itself.

It’s a shame there isn’t a more wholesome way of saying “lady in the living room, whore in the bedroom,” because Christian men long for what King Solomon appeared to be celebrating, a woman who wasn’t just doing her duty, but a woman who was longing for it.

In a roundabout way, I’ve been talking about the way men and women forge bridges with each other, how they establish a truce in their ongoing war, in their courtship, and their marriage.  Within marriage, the way to be a sexual “peacemaker” includes two truths: Men do better if they don’t project too much need, if they let the conversation proceed without expecting too much to happen. Women do better, and get better results, if they appear to mutually need what their man is after.  An insistent demand on the part of a husband won’t get him what he wants, and a grumpy brush-off on the part of the wife may not just spoil sex tonight; it might actually be spoiling it for weeks to come.

The abiding truth, however, and the bedrock foundation upon which those truths operate is just this: God made sexual attraction.  It is a good thing — a really good thing.

The news cycle, in the last few months, has focused on some spectacular ministry failures, centering on pornography, infidelity, and even sexual abuse.  The response to these failures tends to focus on the single act of sinfulness itself, but without diminishing the need for repentance, the church needs to take some responsibility for what I would call the “neo-pietist malaise.”  Our pulpits and our church culture are still throwing off the shackles of Victorian legalism.  We talk more about sexual sin than we do sexual joy, and, clearly, you can see the results.

What’s Love Got to Do With It?
Stop Denying One Another
Ads by Google