Stop Denying One Another 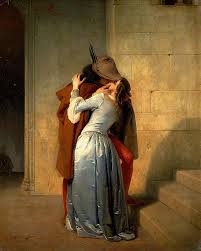 Content  rule for happy, calm, metro-sexual marriage encounter discussions in church: Make sure you quote “Live with your wives in an understanding way” (1 Peter 3) at least 10 times for every “stop denying one another” (1 Cor 7) reference.  This will keep church ladies of both genders from exploding.

On second thought, better not mention “stop denying one another” at all — unless you wearing full body armor. “All scripture is profitable,” unless it appears to be advising couples to have more sex.

To contemporary secular minds, it might be startling to remember that St. Paul, the Pharisee of  Pharisees, actually commanded Christian couples to have lots of good sex, to look out for each other’s bodies as their own, and to only stop having sex if both parties agreed, and then only for a time, after which, couples, should get right back to having good sex so that “Satan will not tempt you.”

Yes, that’s right.  It’s the sex command that comes with a promise. “Stop denying each other sex so that the Devil won’t tempt you.”

Do that and it’s something like the silence in the trenches before the “advance” order sounds and the mortars start landing.  You would have better luck leash-training piranhas.  Be prepared to be labeled a sex glutton, a rapist, or worse. One sensitive young Reformed Christian guy actually wrote: “stop quoting that damned scripture.”   It was the first time I quoted it.  Honest.  I had never engaged him in discussion before.  Another young single guy jumped immediately to the conclusion that anyone quoting that verse was justifying forced sex. I’m not sure what these guys are proving, or to whom they’re proving it. How does this work: hold your breath, pretend you’ve never felt desire, and God will drop Kate Upton in a prairie dress on your living room couch?

No one feels threatened by the commandment:  “Guys, really try to understand your wives.”  That’s downright politically correct these days, isn’t it? You actually get rewarded for extending that Godly piece of wisdom, but watch what happens if you wonder out loud, something like: “I wonder why spouses who resort to pornography are shamed but spouses who deny their partners sexually aren’t even mentioned?  Wonder what the ratio of brush-offs to porn log-ins would be?”   Within seconds, in these days of Facebook vigilantism, someone will accuse you of justifying infidelity, just for posing a question clearly predicted by St. Paul 20 centuries ago: deny your spouse and all sorts of temptation will come your way.

Some of the young married couples I know tell me it’s getting more complicated these days. Husbands are actually doing some of the denying, and they get sensitive about it.  If you can believe this, some young men, because of porn addiction, have erectile dysfunction at age 20.  I listened to one podcast by a guy who claimed that “sensory overload disorder” actually makes sex painful for him. Truly, these are some exotic problems for an exotic new age of the internet and hyper-awareness of an ever increasing number of conditions that might warrant funding of some sort, but it’s clear — at least in theological circles — that there must be no linking — none, do you understand? — between denying your spouse sex and any sort of infidelity — emotional, digital, or in real life.  Blame a frigid wife for lingering too long on the pictures in that Victoria’s Secret catalog? What are you thinking, dude? Take some responsibility. Consider some friends’ marriage that ended miserably in divorce,and blame that on bad sex? How can you be so wordly, dude?  You’re in the flesh.  It’s a heart issue, man.  It’s drawing closer to Christ.  You just don’t get it.

What these folks don’t understand is pretty simple: if you are married, sex brings you closer to Jesus and the absence of sex will bring you closer to the devil.  Paul nailed it when he talked to the worldly, formerly pagan Corinthians.  If you don’t have the gift of living alone, entirely for Christ, then go get yourself a mate.  And when you get yourself a mate, never deny each other sex.

It’s simple stuff, but in the face of a million perils that might get in the way of any one couple’s sexuality (fatigue, children’s homework, hormones, inlaws, money), the answer isn’t “solve every possible impediment and save sex for the three times a year you’ve had a perfect day. ”  It’s much more straightforward:  don’t deny each other.

That’s what the Good Doctor ordered, but it’s not a popular remedy.

The Peacemakers
The Calming