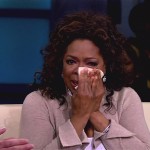 Internationally famous entertainment magnate Oprah Winfrey has returned from a recent trip to Utah in a state of depression over the lack of racism on display in various retail outlets around the city of Salt Lake.

“I’ve never seen her this down,” said a source close to Oprah’s travel coordination team.  “We were able to book a series of presidential suites at a very upscale hotel, and we gave hotel management almost no notice of our arrival.  We were sure they were going to get very uppity with us, but they were extremely cordial, treated us like family, and they even asked a few dignitaries to change rooms, so that we could all stay on the same floor.”

“You work so hard to bring the problem of racism to the forefront, and then, sometimes, you just have a hard time finding concrete examples.  It’s discouraging.”

Utah, predominantly populated by members of the Mormon church, which once disallowed blacks ordination to their priesthood, failed to even display one incident of press-worthy racism.

“Usually we can find some hick retailer at the end of a long shift who doesn’t quite believe anyone has the means to buy a $35,000 hand bag, but Salt Lake City was a bit of a challenge on the luxury retail front.   We tried a Mercedes dealership and they treated her like the crown princess of Wales.  It was very disappointing. We were hoping for some real cracker put-downs, but, no, just smiles and sales talk.”

Winfrey, who has claimed to be the victim of racism in several European capitals, was hoping to both humiliate and then forgive Utah Mormons in a touching series of appearances on her television show, complete with acts of sisterly forgiveness for a national audience.

“Salt Lake,” our source confided, “was strangely international, and I mean It’s a Small Frickin’ World international.  There were lots of happy Tongan women asking for Oprah’s autograph and offering gifts.”

“We’re not giving up though,” our source said. “We have high hopes for Boise and Pocatello.”