An advance team prepping for Hilary Clinton’s Tuesday appearance here awkwardly stalled and then admitted the candidate had cancelled all Sunday meetings in order to binge watch Amazon Studios “The Man in the High Castle.”  Set in 1962, the period counterfactual drama, based on the novel by Philip K. Dick, asks the question, “what if the Nazis and Japanese had conquered America in World War II?” 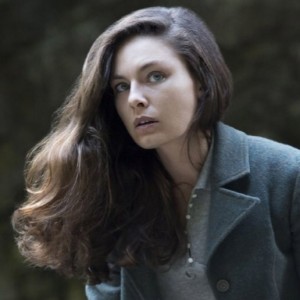 “Okay,” an anonymous campaign staffer admitted, “she saw the first episode and had to watch the whole thing.  She is an enormous admirer, and fan, of Alexa Davalos.  She has a girl crush.”  Davalos plays the part of Juliana Crain, an American woman caught up in a struggle to avenge the death of her step sister.  “Bill is a great admirer of Davalos too, ” said the staffer, “and so is Uma.  Anything Hillary likes Uma is pretty much down for.”

When asked if this binge-streaming is a sign of a more relaxed Hillary, confident in her lead over Democratic rivals and less anxious about the ongoing FBI email investigation, our anonymous staffer gave us a rare insight into Hillary’s television preferences: “She’s got this guilty pleasure thing about Nazi ascendancy.  She loves the interrogation scenes.  You can see her clenching and un-clenching her fist.”

In other campaign news, rumors continue to mount about a secret Clinton Foundation division code named “Pay Back” being charged with future political appointments to CIA, FBI, and Homeland.  “It’s all in the name,” our staffer told us, “and I can’t say much, but you know what they say about Pay Back.  It’s a bitch.”