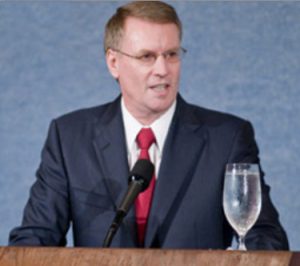 Chuck Baldwin appears to be getting tripped up in his long robes and ideological hand-washing rituals.  I’m fairly certain he’s out there right now trying to find someone to scourge for healing on the Sabbath.

I have distant memories of a fellow who once called out wicked policies in high places and lamented America’s drift to the far left, but he’s a bit like an ardent son of liberty who won’t obey the orders of a sergeant who carries a hip flask.  He won’t accept any victory achieved by comrades who kissed their bride a few times before the wedding ceremony.

Can we in the church ever learn something about man’s depraved nature?  We’ve seen, Joshua Harris, the quack who invented “first touch at the altar” repudiate purity culture, leave his wife, the church, and Christ, only to go full throttle gay pride.  When are we going to learn that purity culture in politics is exactly the sort of legalistic fool’s errand the devil wants us trapped in?

In a breathy and dimly illuminated screed, Baldwin scolds Jerry Falwell Jr., Franklin Graham, and Robert Jeffress for “promoting, defending, excusing, protecting, condoning and glorifying” President Trump.  Baldwin can even plumb the depths of men’s hearts.  According to Baldwin, all of these men of God support Trump “to maintain the position of toady.”

Can we settle down and try the 4-7-8 breathing routine for a moment?  None of these men have EVER defended the president’s indiscretions with women over the years.  None of these men have ever claimed adultery is no longer a sin because the president was accused of it.  What they HAVE argued is that the president, like all of us, is a sinner, and that it would appear — since Donald Trump is likely the most scrutinized human being on the planet — he is no longer a womanizer.

Jerry Falwell — a guy, unlike Baldwin, who oversees a major university where students are encouraged to arm themselves — was caught red-handed talking to the Christian Post about forgiveness, and Baldwin is outraged.  According to Falwell..

“I think Jesus said that it’s all the same, they all have the same hearts. He said that he who is without sin cast the first stone,” Falwell responded. “He forgave the thief on the cross. He forgave the adulterers.”

Now, is it true, that conservative pragmatists will go a bit more lightly on coarse-talking, beauty-pageant sponsoring politicians who appoint pro-life judges?  Well, yes.  Of course, stupid.  There are such things as “weightier matters of the law.”  If you want a sweet-tempered Baptist Sunday school teacher for president, go put Jimmy Carter back on the throne; you get his antisemitism and baby-killing right along with his “Christianity.”

Baldwin worries that Trump is accepting worship, and tars Falwell, Jeffress and Graham with singularly lame rhetoric penned by Wayne Allyn Root.  (Stay on topic, Baldwin.  Trump and his Christian defenders can’t be blamed for every idiotic thing written by his sympathizers.)

Suck it up, Chuck.  We win, compromise by compromise.  You are out of the game, because you put yourself there.