The Price of Purity

Mea culpa. I have to come clean.  Try to learn something from my mistakes. 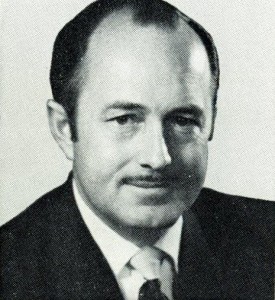 I am hard on some of you #NeverTrumpers, but I was once something like you — a dedicated, self-satisfied, high conscience loser, waiting for America to catch up with my standards.  It goes way back to 1972, when my mom had us stumping for a congressman named John G. Schmitz to beat Richard Nixon for the presidency.  In the extremely unlikely event he had won, we might have saved everyone Watergate, but opened you up to something worse.  (Most purists, like a few televangelists, are hiding something.)

On and off, through the 1990s, I worried that the GOP was lurching left, that Bob Dole, with his pronouncement about the platform not “really meaning anything,” seemed to signal a tent  so big it would rip. I found Pat Buchanan’s smart, feisty critique of do-nothing conservatism refreshing, and it bothered me that career politician Bob Dole got the nod — so I pulled the lever for Howard Phillips of the US Constitution Party, and I urged other conservatives to do the same.

I endured the insults:

“So then you’re really voting for Bill Clinton, then, right?”
“You really work for the Democratic Party, don’t you?”
“I never knew you were such a leftist, that you hated babies so much, that you are a closet abortion supporter.”

I kept insisting that a protest vote, on occasion, was good for the party, that when squishy, centrist Republicans didn’t hold the base, they would lose — and learn their lesson.  My absence would move the party to the right.   Our collective departure to something new and fresh and vibrant — “The City on a Hill Party!” — would create a re-birth of free-market economics, pro-life law-making, originalist judges, and some restraint of rampant environmentalism.  Up here on my 18th century farm, I kept hoping for a re-kindling of the Early Republic.  I was leading the way, by helping Republicans lose.

Except that it didn’t work.

The GOP — far from rewarding the exodus of solid conservatives — actually rewarded the losers.  It nominated John McCain and Mitt Romney, after calculating that middle of the road, entitlement-expanding George W. Bush was maybe too conservative.

In other words, solid conservatives can’t leave the party for one simple reason:  we’re the grownups.  Without us, the squishy RINOs will trash the place with a $10 dollar cover block party.  Without us, you get bipartisan pragmatists like Mitt Romney who couldn’t bring himself to have a chicken sandwich at Chic-Fil-A and tell the gay fascists to give it a break. Without us, John McCain refuses to take off the gloves and give Barack Obama a couple of rhetorical blows to his affirmative action kisser. Without us, the party descends into a country club coffee klatch with Lindsey Graham reading his Pottery Barn catalog and supervising the the makeover of the tea room.

Without us, in other words, the party of Lincoln doesn’t mean very much at all.

“But, Donald Trump,” you say, “is a big bully.  He’s a bad example.  He will end conservatism entirely.  All of the National Review boys are up on the badminton court, crying their eyes out.”

Nonsense.  Donald Trump can’t end conservatism any more than a thunder storm can put an end to something metaphysical, like God’s eternal truth.

Donald Trump is the result of the Republican party, for decades, choosing polite over true.   To look at the tragedy of 911 and then call Islam a religion of “peace” was a polite gesture and something that might make Abu, at the country club, feel a little less awkward, but it wouldn’t address some vital problems in our immigration policies.  We must review Muslim immigration, even if Stanford and Harvard and Yale want students who can pay tuition in cash.  This might get Lindsey Graham so upset he puts a temporary halt in his redecorating plans, but it needs to be done.  Donald was mentioning a problem the country understood but that Mitt Romney wanted to avoid — because it would be unpleasant.

All right, all right, you say.  We agree.  But Donald Trump?  Donald Trump??  As one pro-life street activist reminded me this week, “if you believe Donald Trump’s promises you are smoking crack.” 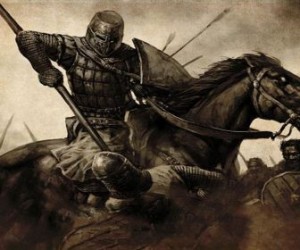 Again, we return to the quest for purity, to scanning the western sky for the emergence of a rider on a white horse — a guy who earned his Eagle Scout award at 13, with two gold palms and a service project praised personally by Ronald Reagan himself. His father and his grandfather and his great grandfather were all ministers — and war heroes.  He’s been arguing supply side economics since he was seven years old.  He has a gun range in his Arlington, Virginia backyard, where several members of the Senate shoot guns and finish with a Bible study.

Okay, that’s probably my guy too.  But sometimes God sends you a big rugged warrior like Samson, with his harlot, or a guy willing to tell a pragmatic lie on occasion, like Abraham, who kept a few concubines and sent one wife and one kid off to fend for themselves in the desert.  God works with real people, and sometimes He does it to see if you can overlook their flaws, to see if you are as forgiving of your fellow man, as He is.

I got to thinking what price my own purist principles might have exacted if every presidential election since 1960 had been carried by Democrats:

Who knows?  Counterfactuals are just that.  But it wouldn’t be pretty.  The bottom line is this:  America needs Republicans.  The Democrats would trash the place if left unsupervised. It’s time to grow up, folks, and do the right thing.

Demeanor, Training, and All That Important Stuff..
Donald Trump and The Pharisees