Certain conversations are not allowed, nor are certain associations. 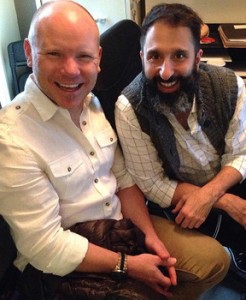 We have a list of “approved uglies” that immediately stop the conversation, the gig, and sometimes the friendship.  Many of these have made sense for centuries, because they were ordained by God Almighty:  thou shalt not murder, thou shalt not commit adultery, thou shalt not steal, thou shalt not bear false witness, thou shalt not covet.  Most reasonable people feel a kind of revulsion in the presence of someone who is a compulsive thief.   We choose not to associate.  We choose, in fact, to press charges.

Some of the approved “uglies,” are social inventions, or the process of some long struggle for justice.   We would be troubled in the extreme, for example, if a television anchor on a major cable news program advocated the return of slavery.   The Civil Rights movement, and its aftermath, made the expression of gross racism a job-terminating offense.   If someone began a dinner party conversation, claiming to be the victim of a CIA mind control experiment, you might not take anything else they said seriously — ever.   For good or ill, some ideas have been so thoroughly mocked in the public square,  you can only bring them up at great peril to your credibility.   If you tearfully believe Elvis Presley is still alive, you have a life of lonely discipleship ahead of you.

I say for “good or ill,” because life is short and there’s a whole universe of information out there, so it’s not altogether a bad thing that certain ideas are shackled, heavily, with the stench of absurdity. We simply don’t have time to put every notion up for review.

Unfortunately, we resort to “approved ugly” status far too easily. When Al Gore decides that questioning global warming represents “climate change denial,” I see a very feeble mind at work.  Comparing the denial of Auschwitz, and those stacks of dead bodies, to skepticism about a long term climate prediction?  When we can’t predict next month’s weather?

A Fox News guest yesterday opined that New Hampshire, South Carolina and Florida represented a “Bermuda Triangle” for the GOP since — get this — hardcore conservatives don’t believe in “science,” and the GOP will never embrace a moderate, election-winning presidential candidate until they opt for more moderate states, where, presumably, science is embraced.   Debate is so much more easy when you can put “conservatives” and “Bible believing Christians” in the “approved uglies” box.   Very, very easy:  play that card successfully and the debate is finished.

GLAAD and other gay advocacy groups are trying to put New Testament sexual morality in the “approved uglies” box.   Express any reservation about homosexuality and GLAAD would prefer everyone, and I mean everyone, interpret that as immediate and job-ending bigotry.   (Where are these guys during Taliban discussions, by the way?)  Imagine a grandfather, expressing a touch of depression that his only grandson, now out of the closet, will never be a father.   The very depression, the very regret, must be put in the “approved uglies” box as a sign of hopelessly backward “hetero-normative” attitudes, requiring re-education.  God forbid the grandfather have any sort of media position.  THAT would have to be terminated immediately.

Last week, I watched an ABC story about two gay men who are to be married on a Pasadena Rose Parade float.   Frankly, I  found the prospect of one bearded bloke expressing tender, romantic love for a beaming, crew-cut Wally Plumstead wickedly  hilarious, or profoundly nauseating, or perhaps both.   I could almost hear the pre-roll action call:  “Energy up!  Star Crossed Lovers!  We’ve only just begun!”

As much as GLAAD would like most of us to see this as Love Story, it feels a lot more like Benny Hill.  But am I expressing a thought crime here?   Should this reaction of mine be put in the “Approved Uglies” box?  When I say that most of America’s parents would find the prospect of such a celebration humiliating, am I egging on the forces of bigotry and intolerance — or am I expressing an ageless truth?

America is a generous, tolerant place.  We live and let live.   The very New Testament that some gays find intolerant also inspires the compassion that makes our culture decidedly different from, say, Afghanistan on the gay rights front.  But expression — spiritual, cultural, political —  is a messy thing.  Truths rise up out of the mix only when you allow the mix in the first place.   Put chains on expression, either through violations of the first amendment, or through an environment of cultural coercion, and you build your own gulag.

If you put the New Testament in the “Approved Uglies” box, and all those who believe in it, you begin digging your own grave.   Take a good look around, across the globe, and back through time.   You just might be locking up the best friend you ever had.

The Office Supply Singers
A Day Without Sunshine