Written on the Heart

You should pay very close attention to what disgusts you.

Mind you, I’m not saying you should seek to be disgusted. Far from it. We’re encouraged to find that which is “lovely and praiseworthy,” but that implies something:  you were given an internal meter for  measuring these things–by God Himself.

For the sake of illustration, suppose a friend confesses to you that he enjoys cutting himself. He shows you the scabs on his forearms. He talks about cutting parties with other cutters.  The whole thing absolutely stuns you, and you feel a knot in your stomach hearing the description of his addiction.  You actually feel a little sick to your stomach. 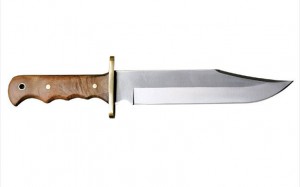 Some people have the capacity to confront their friends about strange addictions, and some don’t. I’m not talking about how we address this, for now — just how our hearts respond to it. Never belittle that instinct, that still small voice, that revulsion.  It might be there for a reason, as a defense against what might happen next:

Your friend, registering your distaste, begins to get defensive. Something that feels “dear” to them, is obviously disgusting to you. In a moment, you may be called “judgmental,” or you may get the sense you are being told there’s a higher plane out there — a state of being you just can’t understand because you won’t broaden your horizons.

File all of that away, but remember this first impression you had.

One day, years later, you hear that a group of “political cutters” have stormed into a psychiatric convention, demanding that cutting not be described as a disease requiring treatment. Self cutting is victimless, and even mutual cutting is consensual.  No one gets hurt. Well, okay, there are some accidents, but isn’t life a risk itself?

Most of your friends, like you, roll their eyes and consider this all very fringe, dangerous behavior, but you begin to hear a “to each his own” strain to the chorus, and a few years later a very hip celebrity begins to give cutting a kind of, er, “edgy” cachet.  Somewhere some irate father finds that his son has been encouraged to cut himself by some friends and he knocks one of the peer group upside the head. Now we begin to hear about “intolerance for cutters,” and someone calls for legislation to protect cutters from hate crimes.  Your favorite Christian university sponsors a “Cutters and the Church” symposium.  Tearful cutters talk about how they feel alienated by other church members.

Thinking believers sound a remonstrance, and mercy-driven believers begin to wonder if we are showing love by too many sermons against this particular evil. When believers register disgust, this God given disgust, at the practice, the most virulent of the cutting crowd scoff and observe that the people most against cutting are the ones who are really attracted to it.

Okay, you know where this is all going, and where it’s been, because we’ve seen it before.

If you are a child of God, you were given an inborn disgust, an actual hatred, for the sin of homosexuality.

Don’t apologize for it.

How much, baby, do we really need?
My War on Flip Flops