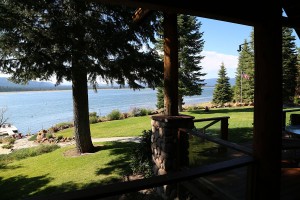 A few years ago,  my wife and I planned a fine meal, with friends, in a nice restaurant.  We made our reservations about a week in advance, and we actually arrived early, so that we could try some wine in the bar.  Our reservation was for 8:30 PM, and we checked in at 7:35, just to let them know we were there.  8:40 PM rolled around and I checked in again, just to make sure there hadn’t been some mistake. The hostess, I noticed for the first time, seemed to radiate a kind of icy cordiality.   The smile was formal, and the tone was official.  “Just another five minutes,” she said.

9:00 PM rolled around and she repeated this same performance.  “Just another five minutes.”

We had been chatting, amiably with another couple for 30 minutes in the bar, but it was a late dinner to begin with, and there was something dismissive in the way the hostess had said those words, “just another five minutes.”  She smiled, but the tone was still official.  “Don’t call us;  we’ll call you.”

At 9:20 PM, nearly an hour after our scheduled reservation, I repeated my request, and sure enough, she repeated the words.  “Just another five minutes.”   She didn’t even add, “I promise this time,” or “we’re really backed up,” or “I’m so sorry.”  She flashed the official smile and repeated the words “just another five minutes,” and then looked at her reservation journal, as though to signal the conversation was concluded.

“Just another five minutes?” I asked.
“Yes,” she responded.
“Then I’ll wait right here,” I said, smiling, pleasant, fixed.
There were others waiting behind me and I made no move to depart.
“Sir, we will let you know when the table is ready,” she said.
“Well,” I smiled, “if it’s just another five minutes, what’s the point?  I’ll just wait here for it.”

The manager witnessed this.  He approached.  He whispered to her.  We were directed to a table immediately, and even though someone fixed the problem, I felt as cold as a chop salad.  The hostess had turned “just another five minutes” into “you are beneath my concern.”

We live in a world where elevators get stuck, and pastry chefs call in sick and you don’t get your favorite teacher for American Literature through 1861 and only one dishwasher shows up for a four man shift. Things happen.  People fail.  We all know it doesn’t always work out the way we prefer, but when that failure is on your watch, or even when you just have to break the news to the wounded, try something revolutionary:

I’ve learned something about myself, on this front.  For better or worse, if someone genuinely appears to feel bad about the inconvenience, or the customer service snafu, or the warranty that isn’t honored, I tend to respond with a fair amount of mercy, and I usually handle the disappointment without spiking emotional trauma, but if someone looks me straight in the face, offers up a formal smile and says “sorry” in a way that communicates “drop dead,” I start scheming revenge.

I’m not talking about any particular injury itself.  Time will heal all wounds eventually, but in the moment of outrage, the peace of the village, or the family, or the marriage rests pretty squarely on some sort of effective commiseration.

A woman desperately wants more storage space in her house, and her husband responds by mocking her nesting instincts.   A young man keeps asking his father for help purchasing a car, and Dad, instead of sitting down and charting out some sort of plan, mocks the very desire itself.   “What do you need a car for?”  (Asked in a voice that is not sincere, but dismissive.)   A guy has a meal planned for his friends, in a nice restaurant, and he keeps getting the polite, but corporate, brush-off from the hostess.

Our cause may not always be rational, and perhaps most of them aren’t even close to being “righteous,” but a sure way to make any conflict more dramatic, and hurtful, is to mock our feelings about the issues a stake.  A righteous cause certainly demands empathy, and a foolish one will only grow more foolish without it.