When Words Don’t Mean A Thing.. 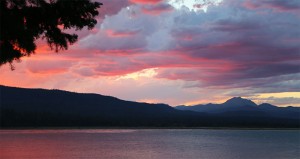 I have, in my arsenal of dubious and less than marketable skills, the ability to sense when someone is using polite language to communicate contempt.

I can tell when certain smiles mean, “drop dead.”   I can feel when certain sorts of laughter mean: “get lost — permanently.”   If I had grown up in the South, I feel confident I would be able to measure the degree of malice, or good will, in the words, “bless your heart.”

Following on yesterday’s public service announcement about honoring the emotions behind a complaint, I came to realize this is not a language issue.  Some of us (like me) are dumb enough to believe, briefly,  what people say, so I offer up this handy guide to understanding certain kinds of skillful liars, and their approach:

The giddy, motherly approach:  the clerk behind the counter was supposed to have your poster-size sign printed yesterday.  When you ask about it, for the 3rd time, she laughs as though you were a five year old asking for another piece of birthday cake.  “You again!” she says cheerfully, as though she were about to wipe your face with a wet hand towel.  “You certainly want that sign, don’t you, young man!”  The fact that your job may be on the line doesn’t even trouble her in the slightest.  It still isn’t ready and she doesn’t care.  She is free to give you the shaft, because she’s wrapping it up in motherly love.  “It will be ready tomorrow, sugar” means, “you’re lucky I don’t put you down for a nap.”

The All Knowing Expert in the Field:  Some people are so confident in their formal training, they claim expertise in just about everything. This is the chemical engineer who finds himself qualified to offer marriage advice, the medical doctor who has opinions about your financial planning, the police sergeant who weighs in on environmental issues.  They ask you how things are, and, against your better judgment, (because you can tell they don’t really care) you tell them you’re worried about your roof warranty.  They roll their eyes in a way that says, “oh, the problems of the little people.”  They extend shallow, predictable, utterly useless advice just to show you how easy it would all be for them, if this were their problem.  “You could check with the Better Business Bureau” really means, for them, “I wouldn’t have this sort of problem in the first place.”

The sullen, existential teenager: you are lucky the kid even lifts his eyes in your direction because that might mean he has to pause his Itunes and process what an old geek like you is asking.  Years of public school have left him deeply distrustful of anyone more than 12 months his junior or senior.  There is so much he and his circle of five friends know about their pop  culture universe, so many hand signals and catch phrases and clothing conventions, you couldn’t possibly catch up.  Why are you even trying, dude?  Behind the counter at 7–11, when he asks the question “can I help you?” it means, “can we make this quick, gramps?”

The Blue Blood Matron:  Her ancestry.com profile shoots back, in all directions, towards academic, political and cultural royalty.  You are dating her daughter, and that’s not a good thing.  “Electra,” she says, describing her girl, “reminds me of John Updike’s literary agent, who we were all good friends when my oldest son went to Princeton.”  This is code for “just because we let you mow our lawn doesn’t mean we’re going to countenance any half-breeds, young man.”

The Plucky Tradesman:  This guy is at home welding steel, 500 feet up, on a skyscraper or behind the steering wheel of a 400 ton Hitachi earth mover. He’s not impressed with your college vocabulary.  When you ask him for a little grading advice, he spits a little chew on the ground and says, “yeah, we’ll look at your deal.”  He even chuckles a bit, because he just had a mental picture of you driving a rented bulldozer through your neighbor’s fence and into their pool.

The Messianic Biblical Purist:  it doesn’t matter how long you have been reading your bible and seeking God, you still don’t get it because you haven’t studied the feast of tabernacles and you celebrate birthdays and pagan yuletide feasts, and even though you claim to be a reformed Protestant, somehow, in their eyes, you still are idol-worshipping Romanist.   When someone like this says “I’m praying for you,” they see you among the Amalekites, offering up human sacrifices and dancing around an ashtaroth pole.

The Quiet Neo-Pietist:  why should he even argue with you?  You are lost, lost, lost because you are active politically and you took your wife to wine country for a vacation.   When these meek folks tell you, “I love you so much, brother,” they are saying, “it’s sad how far you have fallen.”

The Cult of My Incredible Body Dude:   so you are a little out of shape.  Truth be told, science says you are mildly “obese,” so you make the mistake of asking your friend, who works out five hours a day, for a few tips on getting back in shape.  “Oh, please,” he seems to be saying, “come back when you aren’t wearing size 54 stretch pants.”  But what he says is:  “that’s great.  You can start by walking up and down the driveway a few times.”

The Wounded Daisy:   she just forgot to place an order at your construction company and the delay is going to cost you $1500.  You take a deep breath and you try to let her know the cost of her mistake.  She bursts into tears.  If you only knew what she was going through at home, you wouldn’t even bring this up.   When she says “I’m sorry I cost you so much money,” she is saying, “you are a mean, vindictive awful man!”

The list goes on.  I think it’s endless.  In the beginning, certainly, was the Word, but the devil works full time, teaching us how to bend it back on itself.