My wife is a heart-mender.  She’s strong but tender; she proposed a get-away week-ender, sort of a tension-ender.

So, wenders we,  freeway bound, we were brought to a complete stop by traffic and the bender of a fender some miles away, or so we conjecture. 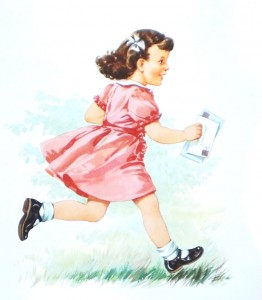 She’s driving.  So off the freeway I send her, in response to Siri’s tender of a better contender for getting there sometime that day, when from behind we hear the grind of brakes and glass and metal rending, then — snap — a fearful burst. We’re hit.  We’re bombed.  We’re bending.

The car rolls right.  We stop in shock and ponder the offender.   Its slender self steps forward, in nipple-licious splendor, when up I look–perhaps I mistook?– the signposts of its gender.  It seems quite clear, dare I say queer, we had ourselves a blender.  A pretender.  The offender was  a transgender fender bender ender.

It stormed the damage, hit the hood, swore quite like a sailor; the “F” bombs blew as no cell block knew, nor any weary jailer.  It clenched its fists, made steely twists of manly gangland rage, but  there were no tats, no whiskers on this thuggish churl.  It walked away and who can say if, in a day, it cried just like a girl?

These days, there is no defender for those who won’t surrender to the endless gender blenders of our time.  They say good legal tender can render  a first offender into a satisfied transgender, and even do this on the public dime.  The republic, God forfend her,  because only He can mend her.

As for me, I am no public defender — not this public.

My lament is plain.  I have nothing to gain.  I just really want to know:

Was it a Dick or was it a Jane?