Shut Up, For Your Own Good…

Being Absolutely Quiet is the Best Thing For You, (And Us..) 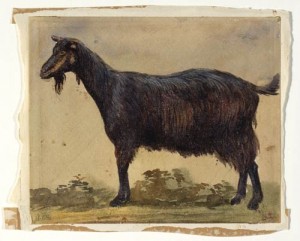 I need to say a few words about our founder, Felix Perringdale.

The 1893 photograph of Perringdale is widely misunderstood, and scandalously misrepresented by his detractors.  Over the course of three years, Perringdale repaired to his parents’ barn in Le Mars, Iowa, where–surrounded by the cheerful baying of the Perringdale goats–he would record the deepest contemplations of his heart. The resulting 450 page text is considered sacred to Perringdales, worldwide, as is any image of Felix himself — including the one some very hateful people continue to blasphemously reproduce.

Felix himself later wrote that anyone who reproduced that image–or circulated it, or described what appears to be taking place in the image–would die a painful death.  Is it any wonder that misguided people, claiming “freedom of speech,” continue to suffer horrible and surprise endings? While we can never condone violence, people who make jokes about “the pretty little she-goat with the lacy bonnet” had better be advised they are stepping on some very sacred beliefs, arousing ire, and, as we see worldwide, what happens next isn’t always pretty.  The 2007 bombing of the Restoring Sanity Conference was entirely avoidable.  All the organizers would have had to do, as they were warned, several times, was disband their assembly, go home, and be quiet.

Perringdales are peaceful, tax-paying citizens, who raise families, pray twelve times a day, and love their countries of birth.  Indeed our holy text implores us to pray for the conversion of the magistrate.  Most of our worship time is spent identifying key community leaders and targeting them for both fellowship and financial assistance. That is why, in addition to our high birth rate, you see so many Perringdale communities springing up around the world. Our customs may seem strange to you, but so is any change for the better.

Once a community understands the high price paid for reproducing the Felix Perringdale barn photograph, or discussing it, and they learn to be absolutely quiet about what we hold sacred, then good things begin to happen as more souls are harvested:

Transitions are sometimes confusing to people who are new to the one eternal truth.

But the best way to allow for progress, while you are trying to figure us out, is to be very, very, quiet.

Is That Owl Presbyterian?
How It All Began
Ads by Google