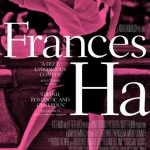 We don’t come by honesty naturally.  If we aren’t born liars, we learn exactly what people want to hear very early on, and we spend much of our lives floating partial truth trial balloons.  If our friends and loved ones shoot those down, we go back to managing our fictional version of self.

I suppose that’s why so much “young adult” fiction and cinema feels painfully false. These kids appear to have practiced observations, accepted conclusions, expected vulgarity.  (“Oh, yeah, I know Sophie. I used to f- her little brother.”)  It never quite reaches “witty.”  It’s clever — which is to say tiresome, and it masks an underlying horror: these young, urban New Yorkers only need each other for their bodies, their apartments, their cash, and maybe their studio access if they are dancers.  Everyone is using each other. No one is safe.

So, if it weren’t for “Frances” (Greta Gerwig), and her nutty, winsome journey through this heartless jungle, Frances Ha, directed by Noah Baumbach, would just moulder in its own rot.  (I’d like to think that’s the point, but I worry that the filmmakers actually liked some of these other characters, so I can’t be certain.)  Frances and her friend Sophie (Mickey Sumner),  are Vassar graduates in their late twenties.  Sophie has a job in publishing and, eventually, a man-ticket to safety. Frances is a dancer, who can’t dance, but no one ever tells her that in the film, which makes for pleasant tension.  What is the future of a New York dancer who can’t dance and doesn’t know she can’t dance?   Her best friend, Sophie, (“We’re the same person with different hair”), appears to be her anchor, and Frances even turns down an apartment share with a boyfriend in homage to that friendship, but Sophie drops her like cold fast food when a new apartment becomes available.

Frances soldiers on.  The film proceeds from apartment to apartment, false start, to false start, awkward dinner party to awkward dinner party — propelled through it all by marigold optimism.   She’s a happy little confused flower popping up through the urban asphalt.   Her stated objective is the lover across the room who shares her world with her — the only other citizen of their private love planet, capable of sending long letters with a single glance.

I won’t spoil the ending, because it isn’t really satisfying, but some of the journey appears to be well observed and revealed with great economy.   No one is really “undateable.”  We just have to learn to tell the truth.

Bargaining for Bliss
Reviews: Drinking Buddies, Thanks for Sharing