Eat, Drink, and Be Daring

Why Ted Nugent is a Better Missionary than Rick Warren 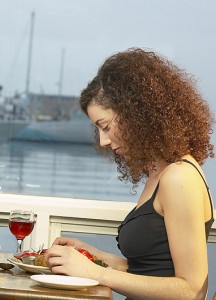 I’ve been writing about sex and wine a lot, and it’s not just because I love the stuff;  it’s because God does too, and he’s looking for real men and women who actually want “life,” and to “have it more abundantly.”

I mean to develop this contention at length, but while I do, perhaps I can set the stage by having you imagine you are on a plane that has been forced to make an emergency landing in a part of Iraq held by violent ISIS thugs. You look out the window and you see the ugly disciples of Mohammed, threatening to torture you, behead your children and violate your women.

If you only had two options, would you prefer having Ted Nugent or Rick Warren on the plane with you?

For millions of Christians around the world, this isn’t a joke.  Their sense of God would be much more tangible, helping Ted reload 30 round magazines, and spotting targets than it would indulging happy-talk about jihad as bridge-building. They don’t have time for pleasant fictions.  For them,  the enemy is real, and implacable, and remorseless. They actually need a plausible defense, as opposed to endless ecumenical blather about tolerance and Christian weight loss.

But what would wine and sex and life have to do with all of that?

To answer that, let’s roll the clock back more than two centuries and consider the American Revolution, and the Christians who waged that war.   After reading the primary journals and newspapers of that era for years, I couldn’t help thinking, over and over again, that these believers were more alive, less ethereal, and more likely to understand an enemy was indeed an enemy and a true friend a treasure.  I think of the 1770 incident in Cape Anne, where the good Christian citizens of that town forced a customs informer to declare his traitor status to all of his neighbors one by one, then endure a coat of tar, and then bow to the final indignity of thanking his neighbors for the “gentle discipline” they had shown him.

I think of the many times they used the word “manly,” without a trace of self-deprecation, as in the Declaration’s “opposing with manly firmness” the tyrannies of King George.   I think of John Adams who deplored drunkenness but who consumed two large tankards of hard cider a day.  I think of George Washington who made it a point to dance with all the ladies at the ball.  I think of the pious divinity student Philip Fithian who lamented a change of fashion that left less of the ladies’ “snowy bosoms” exposed for view.  I think of the church and barn raisings that featured, as a matter of absolute obligation, a barrel of rum to refresh the workers.   I think of the non-crimsoning cheeks of a Newspaper editor in Portsmouth, New Hampshire who could advertise, quite frankly, the services of a “young lady with a good full breast of milk” available for wet-nursing.  I think of the use of lotteries (“Wagering! laments the modern neo-pietist) to raise money for meeting houses.

So, why were they that real, that celebratory, that direct, in their application of the gospel to the routines of their lives?

Because Christ was real.

Jesus didn’t come back from the dead as a flickering reflection on a salt-shaker.   He wasn’t a strange play of light on a varnished pot the disciples strained to see.  He came back in the flesh, folks. He held out His hands.  He opened His wounds.  He ate with them, cooked with them, walked the road to Emmaus with them.   During His ministry, He scolded Judas, ridiculed the Pharisees, and He celebrated with the wedding guests. He brought fine wine to the party and healing hands to the sick.

In truth, if you are in Christ, you are alive.  You are braver, smarter, and far more intense in each moment of the day.  You are hungry and thirsty for truth.   You are a real man, without apologies.  You are proud to be a wife,  and a mother. You want to make passionate Song of Solomon love to your spouse.  You want to write great ballads, build great bridges, fight great crusades.  You want to right wrongs.

If Jesus braided a whip for money changers, what would He do to rapists and Islamic thugs and child killers?   If great injustice doesn’t anger you, and great beauty doesn’t move you,  you might be listening to the carping prince of this world, and not the everlasting King of the universe.

There’s a reason the church is weak, and the country right along with it.  Can you really imagine someone like Orin Hatch leading a great crusade for any cause other than a meek and humble dialogue?  Can you imagine Joel Osteen in charge of executing child molestors or Mitt Romney actually fighting an overbearing bureaucracy?  Can you imagine following Harry Reid up a hill and into battle?

But I could see all of these guys in a mega-church, somewhere, smiling, shaking hands, and never really saying anything of consequence.

If you don’t celebrate, if you don’t have anything you really love, you will never fight to protect it.   When we limit the church to quiet contemplation, flavorless diets, and sexless holiness, we attract, and nurture wimps.

True Christianity is brave stuff,  brave enough to both live and die for.

..and that means I’d prefer Ted Nugent on that plane, and not just because he’s a better fighter.   He’s a better missionary.

The Naked Truth
The Bible as Comfort Food