“There be three things which are too wonderful for me, yea, four which I know not:  The way of an eagle in the air; the way of a serpent upon a rock; the way of a ship in the midst of the sea; and the way of a man with a maid.”  Proverbs 30:18-19

I have a church lady friend who says I write about sex too much.  Her line of attack on the subject runs something like this: “It’s for married people in their bedrooms;  check your shorts, buddy.  My granddaughter started reading the Bible and she went straight to the Song of Solomon.  I told her there was so much MORE to the Bible!” (You get the feeling that some of these people think God was just sort of slumming it when sex creeps into scripture.) 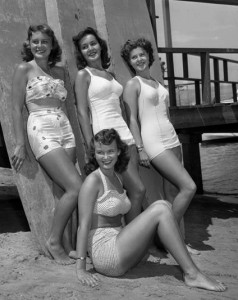 Just like the strange Baptist modesty preaching I posted last Saturday, she may be a touch more intense than most inside the church, but there’s a very broad stretch of the faith/family/conservative values movement (of which I am a proud member) who attempt, inside church and inside their homes, to create a kind of sexless, vanilla wholesomeness.

No one could blame any of us for being careful, mind you. We live in a bordello culture and no thinking, caring believer wants to turn their children over to a life of serial divorce.  Nobody brags about their four grown bimbo daughters, now collectively on their 7th divorce, with 15 grandchildren by nine different dads.

On the other hand, you can make a very serious mistake indeed.  You can mock  one of God’s grandest compositions: sex itself.  You can make it look good and dirty, just by rolling your eyes, sister.  You can make it so secret their little minds wonder if you are ashamed of it yourself, and — guess what? — you might even be a little ashamed of it.  Tell the truth.   You might be so conflicted on the topic, you’re secretly glad it’s all something you and your spouse work out, in the dark, twice a month. One of you might not be happy about the frequency, but, really, isn’t there so much more to Christian living than just sex?

If a child is hungry for someone else’s pizza, we say, “Justin — that’s Lisa’s pizza;  let me see if we can find one for you.”  We don’t say, “Justin!  There you go wanting to stuff your face  again.  You disgust me.  Can’t you put your mind on something else?  Do you want to end up like those horrible fat kids without any self control?”

When it comes to sexual desire, however, some of us in the church really burn the pizza pretty good, along with the would be pizza-eater. We are far more sympathetic to gluttons, if you look across the pews, than we are to the hapless gent who smiles, a little too wistfully in the direction of Jenny Big-bosom.  But even if he doesn’t smile, and let his mind linger, if all he does is chuckle about the struggle, or make a joke, he’s seen as giving too much time to something spiritual expendable:  desire.  Aren’t we supposed to rise above all of that?

No.  Not Really.  Not if we want the world to go on, that world we kinda need for the Great Commission to be fulfilled.

When it comes to lust, we invoke the text that troubles us all:  “Ye have heard that it was said by them of old time, Thou shalt not commit adultery:  But I say unto you, That whosoever looketh on a woman to lust after her hath committed adultery with her already in his heart. And if thy right eye offend thee, pluck it out, and cast it from thee: for it is profitable for thee that one of thy members should perish, and not that thy whole body should be cast into hell. ”  (Matthew 5:27-28)

I don’t claim to be a theologian, but I don’t think we ever get this right.  The God of All Creation who spoke those words also spoke, lovingly, and erotically, of Solomon’s bride.  He adored her breasts, her “garden,” her scent, her navel filled figuratively with fine liquor. Desire is not on trial here.  The Greek in this text, epithumeó, means ” to greatly desire to do or have something – ‘to long for, to desire very much‘.”   It’s a focused, intense, scheming sort of desire.  It is covetous.  It’s not the happy, praising nod of Proverbs: the way of a man and a maid are too wonderful to be understood.

But even if a young man allows himself to imagine a night with Debbie HappySkirt, Jesus is indicating a place we have all been — both before and after marriage, both before and after being believers.  Sexual desire is built into us, and when we pretend, like the weirdo Baptist preacher, to have been delivered from lust, we’re acting as though we could earn our way to heaven by thinking pure thoughts and burning every incipient sexual thought with a blow torch.   “I was moved to disgust,” says Reverend Al, “and thank God, not to lust!”

Give it a break, Al.  You won’t be any more pleasing to God because you turned a pretty woman’s cleavage into an object of disgust.  In fact, I’m guessing it might even be the other way around.

Jesus was using hyperbole to indicate what a pristine place the Kingdom of Heaven really is, and how flawed we really are, and how impossible it would be to reach it by ourselves, because our desire for forbidden fruit is part of our nature.  This part of our nature — our covetousness in general — is at such enmity with God that the pure blood of His son was required to wash us clean.  Eternal life is in His blood — not in a chastity belt.  Plainly speaking, the text really isn’t about sex, or desire, at all.  It’s about our deplorable condition.  You can’t make this particular verse into a literal code of behavior, without advocating we all pluck out our eyes and cut off our hands.  It can’t be hyperbole in one place and not in the other.

But let’s get back to sex, shall we?

Sexual desire should be understood, in the proper context, as something pretty grand, a divine blessing.  If we scoff at it, we’re scoffing at God.  We scold the child for wanting the wrong meal, not for wanting food — and if you start shaming the feast itself, you wind up with either a skinny, joyless ascetic, or the enormous coed in my college dormitory we used to catch making stacks of strawberry pancakes at two in the morning.   Wholesome hungers shouldn’t be mocked, or they warp into weird things.

Jesus loves wedding feasts, good wine, and the children born of a married sex life.  He didn’t scold the beautiful woman who washed His feet with with her hair and tears, as being “improper.” His grand admirals of the faith, His apostles, taught that the wedding bed was “pure.”

But desire, as a component of that marriage bed, and the appreciation men have for female beauty is routinely scolded, and ridiculed. Somewhere in this discussion you will hear a church lady, or an over-heated Baptist pastor, shouting “there is a big difference between lust and love, buddy.”   How can a Christian woman be “hot?” To which we must respond: who here will speak for desire then?  The honeymoon is not happening, friends, if there is not white hot, rampant sexual need. That’s the way sex works, and that seems to be, precisely, the message of Song of Solomon, a picture of abandoned and ecstatic need fulfilled.

Typically, however, when Christians pastors discuss sex, their voices go quiet, they ask for a double dose of prayer cover, they dismiss all the children, and they wander on forever about Godly love, or fraternal love, and, at the end of the super-spirited, hyper-holy couples retreat, the men wind up scratching their heads and thinking: did we even discuss sex?  It seems like they just got a new list of chores and gift-giving tips, and the elliptical promise:  help with the dishes more, guys, and you’ll get more action.

But the action itself — the bra-snapping, belt-clutching, mattress-banging variety — is left the vague, ill-defined fringe benefit of building a better marital friendship.  Sex is the step child.  Friendship, and love, are the real goals.

Some of my friends dispute this, and they say they hear reasonably frank, unapologetic discussions about sexuality from the pulpit, and, if so, I count that as good news, but the ugly ravages of pietism are still with us, and if some of my own conservative friends are any guide, they don’t like the discussion.

It’s a pretty simple test.  Your pastor, with the full blessing of scripture, should be able to say: “wives, go home and be temptresses for your husbands tonight.  Men, cut the Mister Rogers stuff and try a little Clark Gable.   Sex is a great thing, of, by, and for itself.  Get at it.”