Meet Me in Emerald City 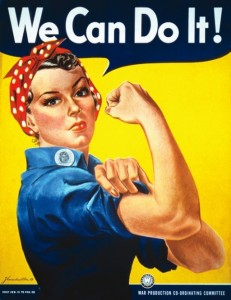 I’m a bit of a political purist, but I’m getting sick of my own tribe. We’re so pure, we stink of defeat.

Yes, okay, there is massive corruption in the Republican party.  Yes, there really is an establishment apparatus that creates the likes of a George W. Bush who is gentle with Barack Obama and  brutal with Ted Cruz.   Yes, going back to Nixon, who gave us the EPA and Harry Blackmun, the GOP has a lot of apologies to draft.  “Read my lips,” George the First declared, fraudulently, “no new taxes.”  Some Republican decisions, like David Souter for the Supreme Court, are so bad, even Jeb Bush has to apologize for his old man.

The Grand Old Party isn’t always grand.  Right.  We got it.

I’d like you to ponder, however, a Supreme court composed entirely by Democratic administrations.  Ponder Jimmy Carter or Walter Mondale’s picks instead of Ronald Reagan’s.  Imagine John Kerry or Al Gore federal court appointments.  Would we have been comfortable with a Mitt Romney appointments?  To be certain, we would be worried, but would we have endured a Sotomayer or a Kagan?   Had the Democratic party carried the presidency in every election since 1980, can you imagine the state of the 2nd amendment right now?  Can you imagine the court ever giving corporations the right to participate politically in the same way monopolistic labor unions can?

Can any of you remember the days of 70% marginal income tax rates?  Remember family businesses being decimated by an out of control estate tax?  Remember the Soviet Union, folks, and the Berlin Wall and the Iran hostages?  If Jimmy Carter or Michael Dukakis had been entrusted with American power, would the results have been the same?

Okay, I know;  don’t get me started.  Someone once said Mitt Romney should have camped out at Chic Fil-A and he would be president right now.  The John McCains and the Lindsey Grahams of our party are an embarrassment.  No question.

But what does your personal report card look like?  Have you ever been trusted to go make a deal with the ornery welfare witch next door?  Have you ever tried to calm down a band of Free Willy misfits in your front office?  Have you ever tried to meet the land use demands of a planning commission obliged to protect the sucker fish?  Have you ever pondered this awful reality:  people with advanced degrees in Womens Studies actually vote? At least half of our republic, folks, is bat shit crazy.  Maybe more than half.  Our opponents take it as an article of faith that you shouldn’t even have to show ID to true the results.

Go spend one of your afternoons trying to reason with Babs Boxer or Dianne Feinstein, or the Oprah wives who voted for them.  This isn’t exactly the Oxford Union, people.  We are trying to make progress in a confederacy of dunces.  It ain’t going to be easy.

Now we could all do the Pilgrim thing.  Personally, that attracts me.  I live on a farm.  I home school. I teach in a house church and I don’t have to sit next to pro-abortion “believers” taking the Lord’s supper. But, really, if I want to be a pilgrim, I need to go conquer some foreign shore, subdue the natives and start a new republic.  It may come to that someday, but until that day, we have to settle for being Puritans — for purifying from within.

Yes, there are times to walk away from a GOP candidate when he violates core principles and proves himself to be no different, at all, from a Democrat, but, listen folks, we can’t play that card lightly. We can endure a single term of a Democratic president, but two or three start to look lethal.  Sooner or later, we will have to pick a mere mortal to occupy the White House.  John the Baptist isn’t running.

I’m the guy who actually believes in Emerald City too, but the older I get, the more I realize how long it takes to build the shining city.

Patch up your differences and vote Republican this time.