What my critics have in common..

The times in which we live:  In the event we return to public health sanity across the globe someday, and my current outrage appears incomprehensible,  I note at the outset that Australia has, at this writing, descended into public health totalitarianism, complete with mandatory apps designed to keep you at home, backed up by police visits for not complying.  The Republic of Vietnam has actually prepared Covid detention centers (concentration camps), and those folks lucky enough to remain in their homes are actually disallowed from leaving them, not even to purchase groceries.  They are forced to wait for army troops to deliver basic supplies, and apparently that’s not working out too well.  Here in the states, Joe Biden is fantasizing about limiting interstate travel to those with vaccine passports, and I personally know dozens of people who have been coerced by their employers into taking the vaccine, and one plucky health care professional who is lawyering up to sue her former employer for insisting on the jab.

I mention all of this by way of highlighting what, to me, is a startling reality: some Americans don’t care.  Many of them would be quite happy with the state doing just about anything it wanted, whenever it wanted, to whomever it wanted–and not just on Covid policy.  There’s a kind of human herd animal out there deeply threatened by your owning a shotgun, by your cutting down a pine tree without finding out if you need a permit, by your “super-spreader” birthday bash just over the fence from their place.   Not only would they not care if you were sent to a detention center for forced vaccination.  They would be downright happy about it.  I’m not being dramatic in the least: these are precisely the sort of people who made the Holocaust possible.  Team players.  Snitches.  Intellectual conformists who confuse consensus for science — the sort of students who look nervously at teacher to see what they are allowed to think.

For people with such profound trust in the wisdom of the state, many of them display little trust in anything else.  They hold contempt for spirituality, religion, tradition, history, family.  In our era, they can’t let a little boy be a little boy and a little girl be a little girl.  They won’t even allow for the mildest, and most wholesome of gender roles.  With religion and patriotism shredded, they have no problem setting a match to the hetero-normative “oppression” of “boy meets girl.”

What am I really describing?

Drama queens.  High-maintenance neurotics.  There are usually one or two in every family, and, across our republic, there are millions of them.  They usually get their way too.  They throw tantrums.  They make demands.  They silence the opposition.  They make life so miserable for the rest of us, that the polite and patient members of our families organize life around never offending them.  You know how the grown-ups generally handle them…

We give the drama queens enormous power because we don’t think we can handle another tantrum, and we’re really not sure if the rest of the tribe — the  reasonable members of the tribe — are up for a fight.

If, for example, you are in one of those insufferable Human Resources workshops and you are being asked to apologize for your “whiteness” to an HR drama queen, most of the people in that room would thank you, profusely, for calling this out, but they would do so afterwards, leaving the HR manager to think all of her woke brain-damage bilge had been embraced.  If the entire family, however, told the drama queen to shut up, perhaps we could all get back to making better mouse traps.

For most of my adult life, I’ve been trying to push back against our country’s political and cultural drama queens, and people thank me for it.  Lately I’ve been reminding them, “we outnumber the drama queens.  If we got together and had an intervention, we could get our national family back in shape.” 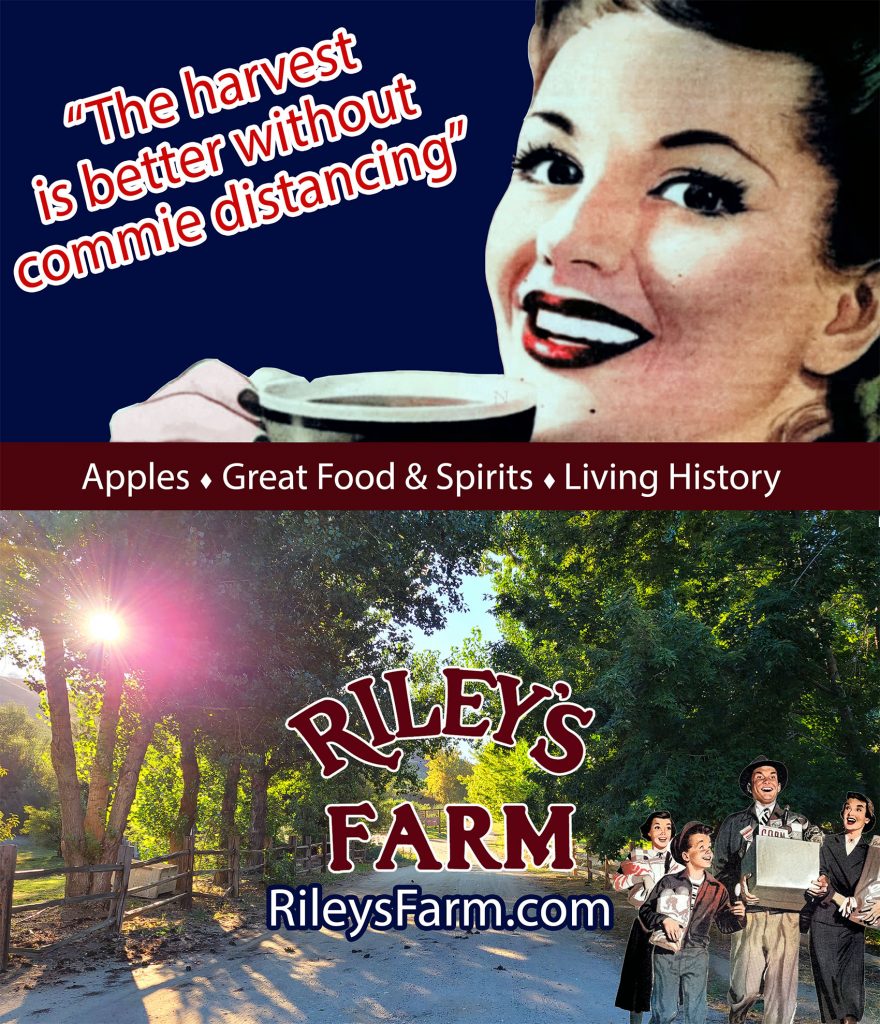 Why doesn’t it feel that way sometimes?  The most obvious answer is that the drama queens hunt in packs.  They bolster their low self worth by hanging out with the similarly aggrieved.

I recently published a newspaper ad (above) for our farm mocking Covid conformism and the sort of “mind” that thinks this last year’s round of small business bankruptcies, born of Covid public policy insanity, is just a “minor inconvenience.”  A condition that kills 0.18% of the population, (if you count all those who died “with” as opposed to “of” Covid) is plainly NOT worth shutting down commerce, forcing vaccination, cancelling weddings, and engaging in the absurd rituals of compliance demanded by germophobe half-wits like Anthony Fauci.

I believe most Americans agree with me, and, certainly, most of our customers did, but our local paper fielded some complaints..

“I understand free speech, but, when it infringes on my rights not to be shocked in my community newspaper by wording that has an underlying meaning, this I find offensive.”

The ad earned a little social media buzz, too, and — without fail — whenever I review the timelines of people sputtering and raging about a political statement they find downright irreverent, it’s a hardcore partisan with all the approved causes: climate change, abortion rights, woke awareness.  I’m not talking about people who might casually embrace some of these causes.  I’m talking about the dedicated internet hunter, anxious to virtue-signal indignation about them.

In one instance, someone scandalized by my harvest ad, proudly displayed the image of a woman advocating the “abortion” of Texas Governor Greg Abbot.  What happened to my right not to be shocked by underlying meanings? 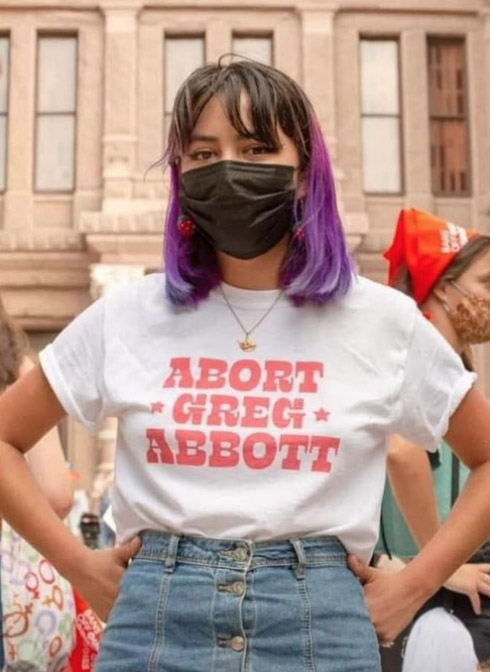 The social media conversation among the would-be governor killers drifted into interesting territory: the discussion of the “Good Rileys” (my winsome extended family members here in Oak Glen) and the “Bad Rileys” (mostly me, I guess.)  Everyone offended by my Covid ad was anxious not to penalize the Good Rileys, only the bad Rileys.

And this takes me back to the Drama queen problem.   All of the Rileys share extremely similar political and cultural values.  Most of us think the shrill Covid Pharisee and the gender-fluid social justice warrior and the grasping Marxists are more than just annoying misfits; they represent a threat to our country and to every thing we hold dear.  We’re all cut from the same cloth.  We’re all the same family.

I have this advice for both the Riley family and the nation: if you think bullies will disappear by being nice to them, by never telling them truth, you are fooling yourself.  You are putting the rest of the tribe at risk.