But if you’re going to tell, make it really interesting… 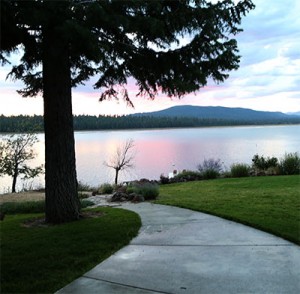 I endured, and enjoyed, writers workshops at Stanford and University of Iowa in the early 1980s, back when I thought there was no higher honor in the charted universe than to have a story published in the New Yorker. I haven’t really followed literary fiction since then, but  the rage at the time was minimalism.

It took me a while to cotton to it, frankly.   I would scan across entire pages of Raymond Carver and see nothing but dialogue, and spare dialogue at that.   It felt, at first, unimagined, or coy, as though the author was trying to imply a profundity that didn’t exist in the story itself, and with the worst student writers, that’s exactly what was happening.  (Story about Flannery O’Connor: a reporter asked her if writing workshops discouraged young writers.  “Not nearly enough of them,” she replied.)

Really great minimalists, however, like Hemingway and Carver, allow you to imagine the world they have created without injecting authorial conclusions.   In real life, we don’t get to see the interior landscape of the woman across the table from you; we don’t see a thought bubble rising out of her head.  She  just says, “you always do that to the coffee, don’t you?”  And if she says nothing else, we are left to wonder — is this just a complaint about the coffee, or are there broader, deeper troubles to be plumbed?   Unlike a film, we don’t get to read her expressions.   We just have this frail little filament of language to piece her, and the situation, together.

I learned to enjoy minimalism, as a kind of acquired taste.  In the process of learning to ape it, however, we were always told “show, don’t tell.”  Paint a word picture of a man in a dirty kitchen, looking for the least soiled cereal bowl;  have him sniff one milk container after the next;  show him giving up on the cereal in favor of drinking some Jim Beam out of the bottle for breakfast.    You would paint these pictures instead of writing the line, “Henry led a life of sorry dissipation.”  Show, don’t tell.

It seemed true enough, but over the years, I’ve seen the rule broken so effectively, I can’t say it’s unassailable.  It has currency, because most “telling” comes off as preachy, or dogeared.  We have heard these adjectives before.   We don’t need three paragraphs of your telling us the sky was perfectly blue that morning.

He seemed to Ralph a very old man, but an obdurate one, and in the way he shook hands, pulled at his earlobes, stretched himself, and padded around the parlor on his bandy legs, Ralph recognized a spirit that was unimpaired, independent, and canine.   (“The Pot of Gold”)

There’s no denying we get to see this spry little man pulling at his ear lobes, but we also get to hear what Ralph is thinking about him. We’re told what he’s thinking by a gifted narrator who is likely more articulate than Ralph himself.  (When I read that word “canine,” I laughed out loud.)    The minimalist version of this passage might be something like:

Ralph watched the old man.  He stretched, he shook hands, he pulled at his earlobes.  He walked around the parlor on bandy legs.

My sense is that Cheever’s way of telling the story uses more of the tools God gives us in language.  The minimalist builds a ship with a carving knife.  The traditionalist is free to use big timbers, lathes, handsaws, and lots of varnish.   True, sometimes there is far too much varnish, and that may be why minimalism came into being, but the abuse of “telling” shouldn’t be a pretext for getting rid of it altogether.   From the same story, “Pot of Gold,” Cheever begins his tale with this sentence;

You could not say fairly of Ralph and Laura Whittenmore that they had the failings and the characteristics of incorrigible treasure hunters, but you could say truthfully of them that the shimmer and the smell, the peculiar force of money, the promise of it, had an untoward influence on their lives.

I’m not even certain how a minimalist might achieve such an opening line.  This one is baroque and economic at the same time.  The Whittenmores’ core struggle — “the peculiar force of money” — is presented with great wit and even compassion.   They are peculiar, but just like us all.  We want to hear more about these Whittenmores.

The trick, when you are “telling,” is to “tell” in a way that is surprising. to use adjectives in ways they have never been tried before, and create problems that are so new, their description doesn’t feel dated. The grass is “black”not green.  The sky is “butter,” not gold.  Mr. Colemeyer has “canine” energy, not “boundless” energy.   Mrs. Stevens loves attending church, especially if she can make into the building without having to look at Maggy Flint, not even once.

..bearing in mind, of course, there is nothing new under the sun.  I had to go to Stanford to find that a first grade rule was more truthful than the one I learned in graduate school.

The true skill should be what we did up at the chalkboard once a week:  Show AND Tell.

Nine Different Kinds of Loving Liars
It Has to Get Worse, Right?
Ads by Google