Donald Trump and the Pharisees II 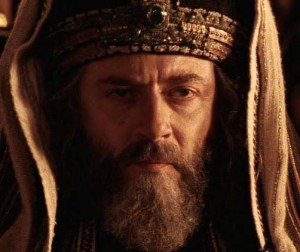 I was talking with an evangelical friend the other day. His elderly parents are literally on the street, walking around Southern California pushing a shopping cart. This seemed odd, because my friend is pulling down some hefty numbers — well into the mid six figures mark. I asked him if he could help his parents out.

“Not really,” he said. “Our church is opening three new satellite campuses and I’m giving sacrificially to get the jumbo screens set up, so that Pastor Ted can be seen in more places.”

I have no such friend, nor would I, but I have no doubt many of these jackals exist out there and that some old folks in America suffer because their kids are paying spiritual guilt payments to the church — in order to avoid the “weightier matters of the law.”  It’s easier to write a check to the local mega church than help your parents go to the restroom.

Jesus was very, very, very specific about this aspect of the Pharisee spirit. If my blog on Donald Trump proves anything, it’s that many evangelicals have very skewed priorities in order to avoid the real life consequences of knowing what Jesus taught about the false, man-made holiness of hand-washing, Sabbath obsession, and Corban. Jesus described this evil practice in Matthew 15:

“..For God said, ‘Honor your father and mother,’ and, ‘He who speaks evil of father or mother is to be put to death.’ But you say, ‘Whoever says to his father or mother, “Whatever I have that would help you has been given to God,” he is not to honor his father or his mother.’ And by this you invalidated the word of God for the sake of your tradition. You hypocrites, rightly did Isaiah prophesy of you: ‘This people honors Me with their lips, But their heart is far away from Me…”

This same Jesus, when confronted by a Canaanite woman who begged Him for help with her demon possessed daughter, spoke these words to her: “It is not good to take the children’s bread and throw it to the dogs.” He called her a dog.

Let me make it clear that Donald Trump is no Jesus. I’m not even sure — given his casual view of repentance — that he’s a disciple of Christ. I firmly believe he’s a guy who loves America, a guy who is confident about what he’s built, and a guy who believes — with all his heart — he can lead this country back into greatness. I don’t believe his picking a devout believer, Mike Pence, as his running mate is mere bait . I believe he knows that people of faith constitute the bedrock of this nation. He needs us. I think he actually likes us. He knows we are the folks who believe in the Bill of Rights, who want the unborn protected, who want Constitutionalist judges.

He is wooing us, but we are kicking a national healer in the face, because we don’t like his style. I’m willing to wager many of you people of faith–with a tender conscience about calling a woman a bimbo– wouldn’t quite know what to do if you saw Jesus calling a woman a dog. You’re the sort who loves to feel the glow of love and acceptance and celebration when a praise song rings out in your sanctuary. You love a life-affirming message. You have a lot of drama in your life, and you don’t like drama in the church or in politics.

One NeverTrumper man of faith wrote to me, “I expect a man to run on wisdom, maturity and integrity. Can you honestly say these things describe Donald Trump?”

My answer is “Yes,” and I say so because of the Bible, not in spite of the Bible. You see, contrary to your assumptions, I actually read scripture every day. I’ve read The Book, preached on The Book, debated The Book, examined The Book my whole life — and I can tell you many of you would have NOTHING to do with your heroes of the faith. Paul blinded a sorcerer. Ehud stuck a knife in the belly of the king and called it a message from God. Joseph put his brothers through an elaborate ruse to test their character. Rahab, the Harlot, lied to the soldiers of Jericho. Jacob played an imposter to fool his father. David kept concubines and danced naked in the streets. Peter defied the Sanhedrin and gave them a very rude message: “you killed Christ.”

Believe me, these Bible guys are nothing like Mitt Romney, and maybe that’s why we keep losing. We pick polite over effective. We pick false holiness over true leadership. We side with the bimbo, instead of a guy who wants to save the lives of the unborn.

Our priorities are all wrong. We have ignored the weightier matters of the law.