The Course Guide of the Universe

How I came to understand Christmas 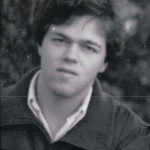 Even as a child, I was attracted to university catalogs and course guides.  It was a nerdy obsession, to be certain, but it promised such a rosy menu of options.  Colleges had a way of wrapping up an entire lifetime for you, in gift paper:  Take Economics 101, then Introduction to Macroeconomics, then Theory of Law, and eventually, after graduate school, and a bar examination, you were declared a “Lawyer.”   (And perhaps, with a little childhood imagination, you could imagine, after that “judge,” or “congressman,” or “senator” or “President of the United States.”)

The signposts of a profession were presented in a series of little academic merit badges like this:

425 Biomechanics 3 Prereq B E 320 or (CE 215
and MSE 301); Math 315. Methods for analysis
of rigid body and deformable mechanics;
application to biological tissue, especially
bone, cartilage, ligaments, tendon and muscle.
Credit not granted for both B E 425 and 525.

Collect them like trading cards, line them all up and wind up a neurosurgeon, or a chemical engineer, or an associate professor of medieval history.

It just seemed so blissfully clear, so completely unlike what I was told about “faith.”   What was my mother telling me when she quoted Jesus:  “Lay not up treasures on earth.. but lay up treasures in heaven?”  What was that supposed to mean?   Who had really seen heaven?  Was it in any course catalog?   I knew several extremely successful attorneys in our church, growing up, and  I liked the treasure they were building up.   I could see it.   One of them even owned a skating rink — just as a sideline.  Can you imagine just having enough money to buy  an amusement park so your kids could offer free passes to their friends?

The faith, on the other hand, seemed like a road full of self denial, with no clear reward at the end I really understood.  Obedience leading to righteousness.  What was that?  Faith leading to good works?  Sounds like a lot of trouble.   Sounds like visiting old ladies in rest homes.   Sounds like piling out of a van with a bunch of other miserable teenagers to rake Mr. Crawford’s lawn.   (I realize there are some bright souls born with a generous, helping spirit.  I wasn’t one of them.)

And what was “faith” in the first place?   I had heard the word so many times, that phonetically, it was beginning to feel like “gray” to me.  I understood the word “study.”  If you “studied,” eventually you would find your way to Harvard, and the beautiful young ladies of the gentry would look at you twice, and you would someday have that Cape Cod house on the bay.  But “faith?”   That sounded like another trip over to Mr. Crawford’s.  What would it be this time?  Piling scrap lumber in someone’s truck?  Weeding the sideyard?

Or “faith” sounded like something I was going to hear from one of the hypocrites, and, heavens, there were a lot of hypocrites.  I know, because I was one of them.   I remember a church lady saying, “that Jimmy.  He’s a little saint.  Sometimes I think he’s going to be just lifted right up to heaven.”   I was fairly polite, but I considered these exchanges obscene.  She didn’t know what I was thinking.   She had absolutely no idea what sort of completely un-church like reveries the seventeen year old Ellen Mays conjured up in my eleven year old mind.   I wasn’t irreverent enough to think it, at that point, but the unformulated impression was:  “Please, save it.”

And eventually I found myself in college, and I can remember grinding away into the late evening, reading secondary histories of the New England Puritans of all things, but it was okay this time, because faith was being studied as a kind of academic abstraction, as a merit badge, and no one was dragging you over to Mr. Crawford’s to clean his rain gutters.

In fact — and this was the strange thing — no one was discussing virtue, or faith, or honesty at all.   That sort of talk would have made everyone extremely uncomfortable, unless you couched it all in some sort of situational ethics framework, where you could debate who deserved to die in the life boat that could only support two people.

And, after a while, after meeting some very cruel, careless, utterly selfish people in the academic world, that “old time religion” began feeling something like music I really missed.   In fact, I was driving along the campus one afternoon and a very old tune actually played on the radio called “Watching Scotty Grow.”   It’s a very sentimental song about fatherhood, but I have a younger brother named Scott, and I had to pull the car over to the side of the road, because I had a memory of my father breaking down at Christmas one year, when he read the words my younger brother wrote to him:  “I’m glad my Father in Heaven sent me to you, Dad.”

What was this?   Why was I losing it?   Why was a nineteen year  old nerd named Jim Riley crying on the side of the road like this?

I tried to call it homesickness.   Of course, that’s what it was.   Not everyone in college was a selfish jackass.   I came to know some dear friends there as well, people who seemed to know who I was, and, well, of course, human beings have emotions.  There may be some rational reason for them — something “sociobiological,” something “selected for.” 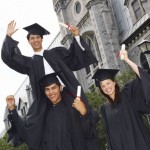 Get back to work.  Pick up the course guide.  Chart out the next semester.  Decide on a major, a profession, a life.  It was all there for me.  Just read the outline.

But those moments beside the road seemed to announce themselves more and more often.    What could the course guide really tell you about love, for example?   Affection 101?   Introduction to Emotional Intensity 201?    It was a bad time to be an undergraduate white male, in the first place.    Men were little better than rapists.   The patriarchy was a fraud perpetrated on western civilization.   “Marriage” was sanctioned oppression.   And, my word, some of these academics shouted this stuff with more passion than a Baptist tent preacher, but with better credentials. They really believed this crap.

The roadside moments aren’t always intervals of remembered joy either.  They are painful encounters with conscience, with selfishness, and jealousy and a profound sense of your own inferiority.   The course book has just about nothing on this.

So, life goes on and there I am in graduate school, and a radio program plays an old hymn, and I’m weeping again.   I’m in a master of fine arts program, earning credentials as a writer.   I read bad fiction all day as a fiction editor, and I endure the collective torture of writers trying to clobber each other, in “graduate writing workshops.”   People seem to value each other based on their publishing record or their skin, their flesh, and it all just feels like another version of hypocrisy.

So I cut that all short and drifted for a while.   My faith in college catalogs had diminished, not because they don’t promise something pretty nice, but because, measured against the universe, they feel abridged, unfinished.

I met Mary.   I remember another roadside moment, but this one was both more peaceful, and more ominous.  I had the impression someone was telling me:  “leave her behind, and I’ll leave you behind.”

She was very easy to love.  She was excited.  We were both excited about building a house in the country on family land.   We still didn’t discuss “faith” very much, but children came along, and I came to value, at Christmas time, the old rituals of my youth.  The tree.  The lights.   Even the Bible.

I was reading it one night, with Mallory, our first child, in her car seat on the coffee table, and the text fell open to these words: “For unto is born this day…” I had heard those words so many, many, many times. But they had never meant anything to me before. Now they hit me, powerfully, and it wasn’t just because I was now a father. I loved my little family, but I didn’t need that old story to tell me how important they were to me. It was something else. I felt the power of that promise in Luke 2. I finally understood the story. God was telling me something about this little ancient King. He was nudging me. He was saying, “I have good news.”

I began weeping.   Mary walked into the room.

Even though I’m still confused, and selfish, and curious, and sometimes singularly unlovable, I think the answer, more or less, is, “yes.”

I have discovered a new course guide, and it’s completely unabridged.

Novel Start: Arcadia
If He Steals Your Coat, Give Him Your Wife?