Boston (Rooters) – Psychologists at Mather University have just made public the results of a three year, $25 million federal study on the effects of positive, well-intended criticism:  apparently, people don’t like it. 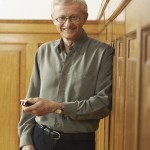 “We followed 1200 subjects,” said professor Arnold Rosen, “all of whom self-identified as people who genuinely want to improve their lives by listening to the positive advice of their friends and relatives.  We directed them to keep journals of every instance of both solicited and unsolicited criticism  and how they responded to it.   We learned that no one likes hearing any advice.   They hate it.  There is no good time for it.  Ever.  On any occasion. No matter how well intended.”

And apparently it doesn’t matter how nicely anyone puts it, or how soothing they are in their presentation.   The reporting journals were full of angry reaction:

“..like he really knows what he’s talking about..”
“..inconsiderate of other people?  Is she frickin’ kidding me?”
“..as though he’s never been late, EVER..”
“..so am I just, like, supposed to totally reinvent myself?”

“There’s an old proverb on wisdom,” Rosen recounted, “‘A wise son loves reproof.’  Our study indicates there is precious little wisdom out there.”

One reporter asked Rosen why so much money was spent on what sounds like an obvious question.