The Man of “Science”

I took a call years ago from one of my father’s business friends. We had Stanford in common; he had graduated a few decades before and his daughter was on her way there at the time. I recognized, in his voice, a kind of nerdy, technical view of the world. I think he may have taken pride in snickering at human realities—love, loyalty, kinship, patriotism—in favor of their sociobiological, peer-reviewed explanations. I’m sure he loved his daughter, but he seemed strangely awkward when talking about family, because “Stanford” was the real thing. “Mere family” orbited around the more central reality — the pursuit of hard, physical truths across a table littered with oscilloscopes.

He puts me in mind now of a doctor friend who could describe the most horrific acts of serial killers, including their acts of torture, as merely the proceedings of a complex organism gone awry. When you listened to the good doctor describe the ritual wearing of other peoples’ flesh, (a “torso vest” is the hideous concept in question) he made it sound like an iron deficiency or the improper withholding of breast milk.

To make that more chilling, if possible, you almost get the sense with some self-satisfied technocrats that the things we see as most sacred, and most evil, are mere fictions built by culture, superstition and habit; they can be changed at will. When a doctor has just finished describing the culinary routines of an urban cannibal, it can be unnerving hearing the eternal and the immutable described with casual emotion. It’s almost as if you’re listening to someone snickering at their own conscience, as though it were a Victorian relic.

These folks can be pleasant, affectionate, charming and funny. Some of them sustain marriages and raise children. The common reality seems to be an apology for any dimension of their life that seems metaphysical. There has to be some peer-reviewed data on the thing they experience as “love.” There must be some sociobiological reason why we have a longing for “heaven” or “loyalty” or “truth.” In the meantime, they go along with the fiction that what they feel for their wives is “devotion” and “affection.” They compartmentalize until they can find a better explanation for it all.

The nerdy and self-satisfied technocrat has this spiritual disadvantage: they get to observe material progress in the physical world. They fix things. They strengthen cellular membranes and find proteins that improve memory. Their observations, and their tinkering bear results that are statistically significant. You can’t say that about your homegrown joint remedy, or your prayer life. They would feel sorry for you, but that’s probably an emotion they need to put to a study as well.

A strength of this sort can be a horrible weakness. People who build better polymers make the mistake of thinking good parenting is just as simple. I’ve used this explanation before, but I think it’s apt: A doctor can tell a child exactly why her grandmother’s heart is failing, but he can’t tell her what to think about her dying. Doctors feel something like saints when they save lives, but they are just like us when death strikes: dumb observers. 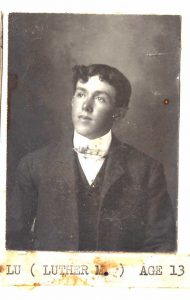 When faced with the complexity of the universe, and our existence, we take some solace in putting a blade of grass under a microscope and charting out one or two small truths we can call our own, (even if the micro ends up revealing itself as hopelessly macro, with the smallest workings of the body looking like a distant and misunderstood galaxy). On its face, this impulse to chronicle small, real, hard truths isn’t bad. We should tend that part of the garden we have a chance at improving. I adore the work of technocrats who made our last grocery delivery possible within two hours — just by making better use of data and cell phones and capitalism. I just saw a picture of my grandfather, when he was 13, in a way that might have been impossible a few decades ago, before the internet—so high praise to the micro-engineers.

But those small truths all speak of the Truth Creator. The bricks didn’t make themselves, nor did the mortar, nor did the palace.

I may come from a wild branch of mystics, poets, and New World adventurers. There may be more than a few false prophets and folk magic sisters and snake handlers back there in the hills of memory, but I’m guessing those are the exceptions. Once the fields were plowed, they bowed their heads into scripture, prayed, danced, drank, taught their children, and were not afraid to look up at the stars—and see meaning in them.

I think the Nitty Gritty Dirt Band may have called them “Cosmic Cowboys.”  All things considered, I find them more interesting, and truthful, than the nerds.