The Monk With A Gun

“And Jesus answering said unto him, It is said, Thou shalt not tempt the Lord thy God.”
Luke 4:12 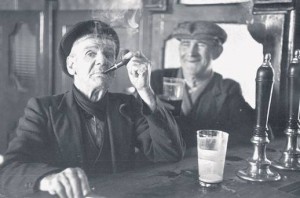 Every family has their own tribal legends.   Many of them fall into the Braveheart category of heroic valor. My grandfather, a big iron horse of a man, once caught a guy trying to look down my grandmother’s top;  the story goes that Grandfather Will lifted the man up, by belt loop and collar, and threw him down a flight of subway stairs.  Another distant cousin, frustrated at a city planner’s slow pace in approving a building permit, grabbed the skirvy little clerk by his ear and forced him to sign on the dotted line.    (That just sounds too beautiful to be true.)  A friend of my wife’s was attacked in high school by seven black girls who falsely thought she was hitting on one of their boyfriends. Most of us, against those odds, would run, but our friend lunged in,  broke one of the girls’ arms, and scattered her attackers.  She became the girl in high school you didn’t mess with.

I’m not talking about these tales of improbable courage, celebrated around the fireside for generations, re-told, made larger over hot rum, and stitched into the family’s Bayeux tapestry. Those stories pose me no spiritual riddle. 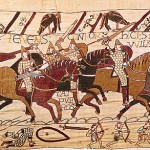 The stories that confuse me?  Tales of bygone stupidity on an epic scale, even criminality, that — get this — leave us all laughing until we can’t breath anymore.   You know the kind:  Danny Lane sneaking around behind the church and turning off the organ’s circuit-breaker in the middle of a service, leaving the choir director in a state of palsied rage.   In your memory, the sound of the organ powering down, horribly out of key, making what your sister called a ‘farting noise,’ and the choir director’s red face,  sputtering a complaint about “young people who think it’s funny to turn off the power in the middle of the service,” well the whole pictures seems more and more hilarious with each passing year, every time you hear those words, “young people who think it’s funny..”

Yes, it was funny.  Brutally funny.

Why is that?  It was high drama back then.  Ears were boxed.   Danny Lane was a cruel, shifty-eyed little bastard, and you can remember resenting him for getting off easy, but, now you can’t think about it without chuckling.

And it gets worse.  You remember a couple of college friends who have just  finished a long workout.  The two guys are catching their breath , high with an afterglow from a run in the hills,  warming down in front of the dorm cafeteria, when Sarah Greenleaf, back from the library, is about to eat dinner.   Your college friends ask if Sarah would “like a naked escort to supper, miss?”  Sarah says, “fine.” The bluff is called.  They strip off their clothes and escort the coed into the cafeteria, singing as I recall, and wearing nothing but their running shoes as they slide their cafeteria trays past dispensers of institutional lasagna and corn. One of them is Australian and, with Sarah still on his arm, he preforms these very elaborate, formal introductions.  He slips into Victorian speech patterns:
“May I present Miss Sarah Greenleaf?”
“Perhaps Miss Sarah could speak to this difficulty.”

It is ten full minutes of naked, shameless introduction and chatter. There was not a drop to drink involved.   Just animal high spirits and nineteen year old endorphins.

Of course, I think this is disgusting, shameful, and more than a little gross.  I also think it’s amusing.

Or there is the legend of the Sierra Madre monastery, in the hills overlooking Arcadia, an improbably cloistered institution in the middle of 1970s Brady Bunch Southern California.   Some of the varsity baseball players, one Spring night at two in the morning, scaled its walls so as to harass the poor monks, pelting the walls and windows with oranges, and yelling like banshees as they rattled the doors and windows.   Their mayhem was in full swing when a huge monk, a barrel chested Friar Tuck, emerged from the building with a shotgun in hand, and began blasting rock salt rounds into the night.   Our star pitcher found himself abandoned by his fellow soldiers, shivering in the upper branches of an olive tree, until he felt brave enough to escape at dawn.

Or my friend Fred, on his third beer, suddenly decides he will steal the ABC Sports sign, just before half time at a Stanford football game.  He does so. The crowd cheers.  Fred is arrested.   As the police escort him out, you yell, in foggy indignation, as though you were the thickest pettifogger of all time, “what are the charges?”

And it just doesn’t stop:  The Robinsons, two idiot twins you went all through school with, hold up a Big Yellow House restaurant, using a .22 rifle with a scope on it, and come away with $90.   A friend, goofing around in the campus computer center, flips a switch, out of boredom, and shuts down more than a 100 workstations.   Your crazy Uncle George actually locks a California Highway Patrolman in the trunk of his squad car, and when he goes to jail, he hears a familiar voice down the hallway — that of his nephew, locked up for trying to hold up a liquor store with a comb in his pocket.

It’s not that every story, years later, doubles you over with laughter, but there is more than a tincture of legend in it all.  Weirdly, there’s a part of you that actually wishes you were a part of it — a forgiven bad boy, but a walking myth, a legend, nonetheless.   You might even be tempted to think, “if time and a loving God erase all the pain, what’s the harm in breaking the rules on occasion?”

As a writer, I know that no story can be told without someone, somewhere, doing something wrong.  Isn’t that almost the entire premise of scripture?   Eve eats the fruit — and the story begins.   When a reality show starts to founder, a producer steps in and says, “okay, we need someone to do something stupid.”

And that’s where you have to stop the reverie for a moment and just say, with firm resolve, because you know better:  “No.  Not gonna happen.”

My theory is that we remember, and celebrate, these legends because they didn’t end in abject horror.   The monk didn’t shoot the star pitcher in the face, blinding him for life.    Your cousin, the liquor store thief, didn’t get what he deserved.   Crazy Uncle George got to pass away in his bed, with his family around him, and not in prison, because he was the recipient of improbable mercy.    Your friend, Fred, had the charges dropped and he went on to become a successful civil engineer, who uses the story to remind his sons not to be stupid.

One of my favorite songs of all time — Van Morrison’s “Brown Eyed Girl” — celebrates young love, but there’s a lyric I sing with a touch of guilt, and a turned head when the kids are around:  “..making love in the green grass, behind the stadium with you..”

The song might have been sweet if he married the girl, but it’s just not terribly honorable on that front.   We all have stories of wrongdoing, of bad judgment , but if we’re honest we also have to admit something may have spared us a terrible outcome as well.   Young love can end with a sweet memory, or a botched abortion, or depression so horrible it results in suicide. The price for sin, in this life, can be terribly high, or it can be just a deceptively sweet memory, seemingly without cost.

And my sense is that we can’t let the laughter, or the wistfulness years later,  blind us to the mercy we were shown.   My theory? Angels, God, the Grand Architect of All Creation, were all jumping in and making up for our sheer foolishness.   The more ignorant and foolish and impulsive we are, the harder God works, the more mercy He shows.  When we laugh, in the tavern, over a memory of our stupidity, we are celebrating His boundless grace and love.  Not everyone may see it in precisely those terms, but, certainly, something made up for your bad judgment.

But if you are thinking, from here on out, about making legends, pause for a moment and think.  If you’ve been given any sense, young man, if you’ve read His word, if you aren’t quite as stupid as the rest of the crowd, don’t go seeking glory in tempting fate.  You might not wind up a tavern conversation.  You might end up a headstone.