Mary and I have been ultra-dedicated to date night once a week, and there’s one part of the journey that almost always sounds something like this:

She actually does want me to pick the restaurant.  She wants me to decide.  And she’s not just being nice.  She wants to settle in and enjoy our night,  at my restaurant choice.  I feel the weight of this, and I hope I pick something we can both live with–even it’s Macaroni Grill. Judging by the way our date nights end, I don’t think I’m that far off most of the time, because we usually end the evening, walking up to the house, laughing, or “tired-wine-happy,” delivering ice cream to the kids. That break in the week has become a big part in my life, and I wouldn’t change it for anything. 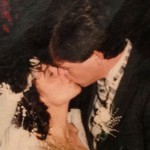 But my point is this: she lets me lead, even if I don’t feel like it. She echoes a truth my older sister gave me about dating when I was not much more than eleven years old.  She said, “if you take a girl out to dinner, don’t make her think you can’t drive.  You have to sorta take control.”

Submission, both on a scriptural level, (just look at the text) and even on a secular level has always been an obvious reality to me.  The most ardent, crusading feminist attorney knows what “senior partner” or “judge” means.  Authority exists all around us, and we submit to it routinely, and marriage is no different.  If you look at a couple and you see a man “taking orders” from his wife, head down and hen-pecked, let’s just admit it:  we are all thinking the same thing.  No couple can survive unless they know the man is in charge, not because there is anything particularly unattractive about a strong woman, but because, ultimately, a decision does need to be made.  Someone MUST have the authority to do so.  And ladies — speaking secularly now — let men do that.  You bear the babies.  We guide the clan.  If we don’t, we don’t have anything else to do, and we might get ourselves in trouble.

So that much is obvious, but as the Doug Phillips controversy makes clear, there are some husbands and fathers who are just “bad cops.”  They aren’t pulling you over in traffic, because you endangered life;  they are writing up a ticket, just to make a little revenue for the city.  There are men who take their fatherhood and husband roles as the last sanctuary against their own failures.  Pray for them first, and report them if they abuse their authority — just the way you would a rogue cop. The standard we home-school, independent, off-the grid types demand of the government we need to demand of ourselves. Take the matter to other believers.  Discuss it.  Pray about it.  But never submit to un-biblical authority — even if, day to day,  you are reconciled to your husband’s picking the wrong restaurant, from time to time.

Gagging the Opposition
The Joy Block