Riding That Train, High on Cocaine.. 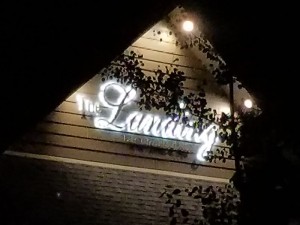 If road trips were pretty girls, the drive from Chester to Lake Tahoe, along the 70 and the 89, would be Donna Reid in overalls, with straw in her hair and a dozen children in her eyes.

The forest is dense, green, and endless, opening up onto storybook meadows with cattle grazing and century-old barns in the distance. I buy alfalfa for our cows, so it felt like driving through a wholesome expanse of pure, lovely, flowering money.  The road winds along half way up the hillside, hugging a river that seemed to grow more broad and rugged with each turn.   I turned up the air conditioner, (my version of “Easy Rider”) and took solace in the legions of cattle out there. This is California after all, the state that hates beef production, with legislators who have heads full of spoiled, progressive sushi. In a part of the country that seems to think gender-neutral crappers constitute a civil rights issue, it was nice to see little towns with wholesome looking public high schools. I told the kids, “if the most vibrant economic institution in town is the local school district, something’s wrong. You could be heading for socialism.”

We passed a Victorian cottage with a “Trump/Pence” sign in the window.  “God’s country,” I told Mary.

We’re staying in a swanky little hotel — the Landing.  I’m guessing it’s one of those extreme four star motel make-overs, but they’ve done it very well.  They hand you champagne at check-in.  The rooms don’t miss a single thing you need for comfort.  I’m sitting now in a cool desk chair that has lumbar support and allows you a little height, so that you have command of your keyboard.  A thinking person designed this hotel.  There is actually BLUE LIGHT on the toilet water — which I thought was a gimmick at first, but has certain two-in-the-morning advantages.  (When you’re trying to stay sleepy-headed, do you really need Walmart light in your bathroom?)

We marveled, as a family, over the bathrooms at dinner.
“Front desk,” I said, “yes, this is 3704. The blue light in my toilet is out.”
“We’re on it,” Sam said, mimicking the clerk, and then the hotel guest: “Sorry, I just can’t take a non-lit toilet bowl.”
“We understand sir.   We’re there for you.”

Have you ever noticed that good conversation is actually a gift from God?  Especially in families, where there is hierarchy and some formality born of the generational thing.  We had fallen into one of those gorgeous family conversations where we could talk about the farm, California, food, girlfriends, boyfriends, general mayhem. Conversation is something like finding a vein of gold that either turns into gravel, or widens out into the mother lode.  We were pulling up big hunks of the glittery stuff.

And then a parade of drunken, coke-headed freaks took the table next to us and started talking with voices so loud, the rest of the restaurant more or less had to pay attention. I have hearing trouble and I could hear someone distinctly say,

I’m not a prude.  I would actually have enjoyed — just for people watching sake — chronicling this conversation but it was being conducted with such volume I noticed the woman across from us looking over and frowning at them.  (Later, my wife told me the waitress, who had a kind of  cheerful Mary Steenburgen vibe going for her, cut them off on their drinks.)

“Is that coke?” I asked Mary.
“Looks like it.”
“Does coke make you talk that loud?  I’m deaf and I can hear every word they’re saying.”

The bad thing about rogue guests in a restaurant is that not only do they stop your conversation; they also create the conversation you should be having but are too polite to conduct.  My daughter in law Sara, kept widening her eyes, and I wanted to ask, “what did they say now,” but people know when you’re talking about them, so we just had to file all this away for a new conversation later.

I looked across the bar towards a big screen they had in the distance, and Ben Shapiro was on a news show.  I’ve had lunch with Ben. In fact, I bought Ben lunch once.  I was asking him for advice on Courage, New Hampshire and he advised, knowing I had written it, that I hire a writer.

It’s no big deal.  Ben was wrong about Trump too.  I would have been able to make this observation for the family, but the jerk at the next table was complaining about the blue toilet light.

Gaslighting, More Stuff…
City on a Lake, In The Hills