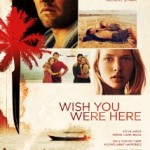 I have a weakness for movies about western couples who visit some exotic third world hell hole and wonder what in the world they were thinking when they planned the trip.

Moral of the story:  stay away from Cambodia.   This was extremely well executed, with incredible performances by Joel Edgerton and Teresa Palmer.    Score another one for Australian cinema.   (Stories that must work, due to decreased marketing budget.)  Not for the kids. 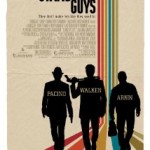 No.  Not really.  If you had a movie with Al Pacino, Christopher Walken, and Alan Arkin, would you make sure their mugs were visible on the poster (right)?

This makes me think their management companies made it very clear:  you got our boys in this dog, but it’s a mess, so no, pictures please?

Three aging mobsters relive their glory days in one last night of snorting powdered blood pressure medication and overdosing on Viagra.   With this premise, they had to try for a family reunion to wrap it all up, but nothing really works here.  It’s a film that doesn’t appear to know what it’s about. 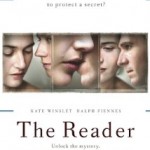 The line between pornography and feature film is getting thin here, but there’s a very damning reality explored in this Kate Winslet, Ralph Fiennes flick about post World War II Germany :  when a nation recovers from a collective evil, the rush to pin the damages on a few bad apples is nearly as bad as the atrocity itself.   Winslet’s Hanna Schmitz is the remorseless, amoral, illiterate Teutonic hand maiden who does what she’s told and doesn’t really think it through.  It’s a post-modern, godless, bloodless, polite nightmare, because, on the surface, everyone maintains appearances. 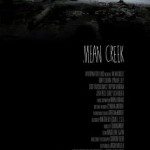 I would never, under any circumstances, be tempted to watch a film with a teen cast, exploring teen problems.   No, no, no.

But this is extremely well crafted, with excellent performances, and, unlike many non-slasher teen flicks, something really is at stake here:  are they going to kill the bully, and what will killing the bully do to them, and was the bully beyond salvation?   (I’m not saying the filmmakers know the answer, but it’s all fairly well observed.) 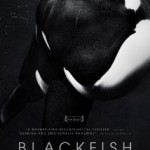 This chilling documentary about the trainers who work with killer whales, complete with footage of Sea World trainers being dragged to the bottom of the tank by unpredictable sea monsters, almost makes you think this is some sort of justice film until you remember these people were very anxious to fly through the air, before crowds, on the nose of six ton pack hunters.