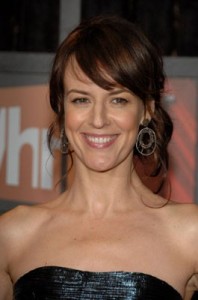 Some films almost feel as though they deserve a workshop over a review, and Touchy Feely–with its invitation to participate in painfully awkward, claustrophobic family conversations and vast stretches of unexplained premise–certainly qualifies.   You don’t wait 20 minutes to understand the  story here. You get to wait forever.

Directed by Lynn Shelton,  Rosemary DeWitt plays Abby the massage therapist, who appears deeply connected to her patients, and that is all made clear by hyper-macro shots of epidermis.   It isn’t sexual, it’s just close, and I mean close.   Abby is carefree, a dispenser of pleasurable healing, administered by happy hands.   I don’t know enough about New Age healing lingo to judge between the science and the karma, but her practice seems playful and genuine enough.   A great massage.  The winsome, vibrant Rosemary DeWitt. So far so good. 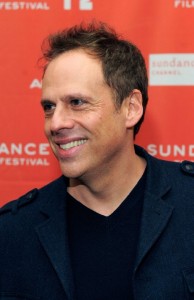 But there’s trouble in New Age city.   Abby’s brother, Dr. Paul, (Josh Pais) appears to be a dentist on the verge of severe catatonic withdrawal. His practice is dying.  His daughter is worried about him.  She wants to go off to culinary school and realize herself, and her aunt Abby the massage therapist, is pushing for expanded horizons, but there is the problem of Dr. Paul,  and you can’t quite figure out if he’s suffering from premature dementia, OCD, or just the spiritual angst of several bodies buried in the basement.   He could be anything, but he’s nothing, and when he asks patients to open their mouths, so that he can drill and scrape, you get the uncomfortable feeling not even the screenwriter knows who he is.   There is awkward behavior, and then there’s just the patently unbelievable.

But, perhaps because of the actors’ skill, and the well composed frames and the lush cinematography, you are tempted to give the story more credibility than it deserves.   It invites you to think you are missing something.   The first 30 minutes roll on in painful, suffocating displays of awkwardness. It’s like someone resting the great weight of the unexplained down on a big iron spring and wondering when it’s going to break loose, crash through a wall, and knock down the house. We get it. There’s a problem. Speak to it, before we explode.

That never quite happens.  A few love interests present themselves. Dr. Paul uncoils, assisted by Abby’s mentor (Allison Janney).  Everything works out, in the end, by virtue of a little experimental drugging, along with a song to explain it all.

Leaving Coward Country
The Horror of Moderation
Ads by Google