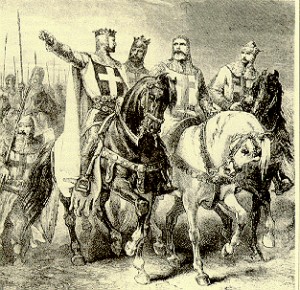 If the Iphone were designed by political consultants it would still have a rotary dial,  and it would cost $29 — and it wouldn’t do much of anything, because consultants would be careful to assume no customer, ever, can really be talked into, or out of any purchasing predisposition.  No one will pay more, for a better product.  No one will change their habits. No one will embrace a revolution. Play it safe, and sell a few cheap phones.  That’s all you can hope for.

In conservative/GOP circles that usually means names like “Gerald Ford,” or “Bob Dole” or “John McCain” or “Pete Wilson” or “Jeb Bush” or “Carly Fiorina” or “Meg Whitman” or “Mitt Romney.”   You hear calls for “executive experience.”  You hear contorted calls for the black version of Steve Forbes and you eventually get a weirdo like Colin Powell.   You put up women, because they are women, and Hispanics because of their surnames.  You hear old guys wondering what young people are thinking about “these days.”

This is a region of the country called cowardice.   You don’t find guys like Newt Gingrich or Pat Buchanan, or even Bill Clinton out here.  As much as I hate them, you don’t see Chris Christie out this way either, or Joe Biden.    Ronald Reagan never visited this part of the country ever, even though conservative political consultants would claim he’s their model.  He’s not.  I’m old enough to remember how Reagan was constantly ridiculed before and during his presidency.   Try being in a graduate program, anywhere in this country, when Ronald Reagan used the words “evil empire” to describe what was, in fact, an evil empire.  But he was president;  they were in grad school, and that should tell you something:  statesmen are called “leaders” for a reason. People actually DO want to elect one.  As much as I can’t stand Barack Obama, he played the part of a visionary Utopian.

A few of my tea party friends, insisting that the only issue before America is fiscal, advise we stop fighting among ourselves at any cost.  We have to just settle on someone, and we have to settle on someone who can’t really talk about any one issue too much.   Don’t get too constitutional, or too second amendment, or too life, or too traditional marriage.    Don’t get too libertarian.   Buy yourself a nice Brooks Brothers shirt, with a stiff collar, and be polite, outgoing, friendly — as though you were applying for a job.

I’m not advocating another Bill Clinton.  I’m saying there’s a reason why feature films are more interesting than politicians, generally.   Candidates should NOT play it safe.   They should project their deepest convictions — and it would help if they have some.

The center-leaning part of the Republican party will have to move right.  No excuses.   Why?   Because the middle is a soft, squishy, dull, boring tract of ideological space that changes only when someone from either side pulls them, hard, with real passion and belief.  The party centrists need to stop having tantrums about all the “pure conscience” family voters and evangelicals who didn’t show up to vote, and they need to put a man up there who will court them, like an ambitious suitor, like someone brave enough to pop the question and marry the girl.

“Don’t clang on abortion.”  Wrong.   We need a candidate who will talk about the source of strength he gets from his own family, the blessings of children to the nation, and he has to look the leftist press in the eye and say it’s about “LIFE, liberty, and happiness, Skippy;  of COURSE I want Roe v Wade overturned.  Anyone with a heart does too.”

Ronald Reagan didn’t take a survey and adjust his opinions accordingly.  He shared them passionately, with humor, and he happily skewered the idiocy of state culture    In so doing, he PULLED the middle to the right, because there’s one thing the middle does understand:  pandering.   They want to be TOLD what to believe this election round.   When George Bush yelled “read my lips,” he won.   When he proved that all he could do was play it safe, he lost.

Come on out of coward country.   Aren’t you tired of losing?