New Words Not So Much..

When asked to opine as to whether the “Alt Right” was behind the Charlottesville carnage at a press conference today, President Trump turned the question back on the reporter:

“..when you say the alt-right, define alt-right to me. You define it. Go ahead. Define it for me, come on, let’s go.” 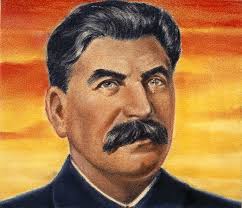 “Come on let’s go,” indeed.  I’ve been trying to get a solid definition for several months now, because I think it really depends on whose lips are moving.  I believe the left sees “alt right” as extremely, and I mean extremely hard right, white separatists of the sort that can only be imagined by 4th generation Santa Monica television writers, who have never traveled east of Alhambra, California or west of Princeton, New Jersey — coastal types who believe everyone in flyover country has a secret shrine to the fatherland in the barn, where they butcher innocent livestock and mate with their cousins.

Understandably, those of us who read Breitbart might be cautious about anyone who uses the term loosely.  We’d actually like to know what people mean when they invent new terms, but that’s an offense to those who demand that all Trump voters be seen as uniformly “alt, right, white nationalist, separatist uber types.”

I hate to spoil the party, but, for the record, folks, none of us know what the term means.  A more generous interpretation might be “conservatives unwilling to accept the waffling, McCain beltway methods,” but the uber-left immediately interprets even that nuance as a request to fund the Hitler Youth.

Can people see why things get so tense? My uncle (the guy I was named after) landed at Normandy.  I would ask the good people at Huffpo to consider something:  it shouldn’t be too radical a concept. Conservatives are proud of our ancestors who fought Nazis. We’re also proud of our cousins who fought Communists.

How Likely Is The Unthinkable?
Krauthammer’s Idolatry
Ads by Google