Mel Gibson had this part right..

In the wake of this week’s narrow victory for homosexual rights, get ready for a lot of half-truth solutions:  we need to be kinder, less judgmental, more free with Christian charity. Preach the sinner’s prayer and then everything will sorta just fix itself, right?

First off, an admission: I am a gross sinner. I’m full of pride. I’m not anything like my saintly wife who thinks of everyone but herself first. Despite being fifty-five years old, that cruel joke of nature, libido, still bothers me whenever my news feed includes a picture of Hayley Atwell or Kate Upton. I’m not the best, or the most attentive father.  My sins, moreover, are mirrored by the broader church culture: it’s full of divorce, drug abuse, and dysfunction of every sort. If sainthood were required for every discussion, the world would be a very quiet place indeed.

But, with respect to the tiresome “gay” rights agenda, here’s the difference: no adulteress is asking you to applaud her afternoons of betrayal in a local motel, while her children are screaming for their mother and their father is wondering, fearfully, what’s happened to the marriage.  We properly regard the betrayal as just that — betrayal.  It’s disgusting.  It’s heartless.  It’s cruel — and when we see that betrayal depicted in film, we feel betrayed by a director who asks us to applaud her promiscuity. We expect her to be shamed, and to feel shame.

But “gays,” you counter, are only asking to have that fidelity respected.  They want their love dignified and given safe haven among the monogamous. 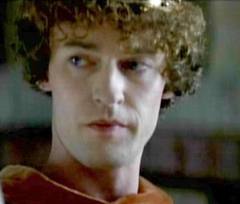 Unfortunately — and this is where I give voice to a majority, if unspoken, sentiment — homosexuality is disgusting on its very face. No matter how many spin doctors and studio heads try to argue otherwise, when we see two men going mustache to mustache, we may not tell you this, but we find the image abhorrent. When we witness a weak, shrill, effeminate man blathering on about handbags, we are snickering on the inside, and we’re thanking God we aren’t related. We don’t say that openly, because they can be mean little weasels, but we’re laughing at them –and we feel sorry for them. No matter how much they cherish their sexual identity, we find it ridiculous at best, tragic at worst.

What would anyone expect? If you see a woman in her seventies exchanging way too much affection with her 40 year old son, if — God forbid — their kissing actually looked too intimate, how would anyone expect us to respond?  If you happened to turn a corner, and God forbid again, you saw a sixty year old man attempting intimacies with a nine year old girl, would any normal person respond with anything but deep revulsion and anger?

Taking it all out of the realm of sexuality for a moment, if you were at a bar and a guy confessed, over one too many bourbons, he had raided his employees’ pension account, would you celebrate his fraud and cruelty?  If you suffered wounds inflicted by a pathological liar, would you expect all of us to see the deception itself as a fundamentally beautiful thing, a life choice worthy of something called “dignity?”

In the 1995 film Braveheart, Mel Gibson got into a lot of trouble for painting King Edward’s son in flaming, strutting, effeminate strokes. Not only was the young man incapable of giving the king a grandson, he was seen as politically weak, peevish, selfish and cruel to women. When his male lover speaks too boldly to the king, the “gay” lover is thrown out a window of the castle and falls to his death. Even though we aren’t intended to admire Edward I, the dispatch of the prince’s gay lover is seen as a comic moment in the story. Some audiences applauded, and the reason is very simple: homosexuality is a crime against nature. We get very tired of being asked to applaud that violation, and we’re relieved when a character asks the gay guy to give it a rest.

In the battle over “gay” rights, the church is a victim of its own need to appear civil. You may be able to love someone who is doing disgusting things, but you need to call the behavior the disgusting, vile, ugly sin that it really is. Did God send His Son to die for minor dinner table infractions or for what we’re all guilty of — gross sin?

Going out of the way to make the  homosexual welcome in either the church, or the culture, is a horrible mistake. If someone is quietly closeted, troubled, and seeking to change their behavior, then, by all means, we extend mercy, but if a homosexual is defiant, litigious, angry and insists that the church has no right to preach moral truth, than he must, figuratively, be thrown out the window of the church and shamed for the friend of hell that he is.

Preaching against the ugliness of sin, and preaching God’s intended law for keeping the peace are vital components of the gospel.  You simply cannot preach a “Savior” unless He has something to save you from, and that death-dealing curse, that “from,” is sin itself.  We are in this particular mess because we don’t call homosexuality what it is: gross, ugly, abominable, sterile, dead, disgusting. If you love a homosexual you show your love by encouraging him to abhor his inclinations, just as you would show your love for a liar by teaching him to hate deception.  There’s a way back, but only if they know they are lost.

But, you counter, how can the church really preach this kind of hatred?  In the first place, it’s not hatred. It’s truth-telling. In the 2nd place, you are up against people who have flat-out demanded that any critique of homosexuality constitutes “hate.”   You don’t get it, do you, Christian?  YOU are being called the hatemonger for advocating a standard.  Consider God’s very plain teaching:

..and in the same way also the men abandoned the natural function of the woman and burned in their desire toward one another, men with men committing indecent acts and receiving in their own persons the due penalty of their error. And just as they did not see fit to acknowledge God any longer, God gave them over to a depraved mind, to do those things which are not proper, being filled with all unrighteousness..

Is there any way to make those words less than what they are?  More palatable?  More seeker-friendly?  When was the last time you told someone they had a “depraved mind?”  Does your pastor call “gay” sex “indecent” and “unnatural” or is he merely welcoming without getting specific?  Likewise, if a “gay” activist decides to call you “hate-filled,” is your enemy mincing words?

Does he have any doubt about what he believes?

You don’t really love the homosexual if you tell him any less.