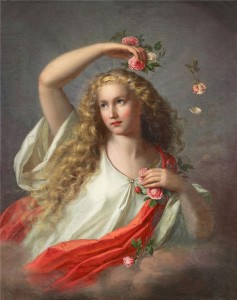 When I was a child, one of my mother’s church lady friends kept describing me as a good little boy in a way that made me feel distinctively uncomfortable–because I didn’t feel even remotely “good.” Even then, I thought she was mistaking shyness for virtue.  I was peevish, selfish, and prone to thinking too long about the buxom nineteen year old brunette at the end of the pew. Everyone else around me, even children, seemed to be professing their strong spiritual sense that the church was true, and I didn’t feel I could really make those statements, with any conviction, even if went along for form’s sake — which made me feel all the more false, and profane, and fallen.

So, I can remember thinking, could we please just stop it with the “good little Jimmy” stuff?

Even as I aged in the faith, when I read the gloriously gritty Bible with some truly angry, bloody, lustful and sometimes cowardly heroes — Samson, David, Judah, Peter — I sensed an innocence there among them, a love for their Father, that truly was “child like,” precisely in the way that Jesus described the child-like faith necessary to enter His kingdom.

More ominously, over the years, I would look at strong believers who had a kind of innocence about them, a “to the pure all is pure” holiness.  They could be talking about tithing or orgasm, praise music or bikinis, and it would sound equally untainted by the fall.  I really had the sense they were standing in the righteous robes of Christ, wearing the wedding clothes they had been given, all because they really were Christ’s chosen lambs.

More to the point, I got the feeling He saw something in them He didn’t see in me, because — while they might be spoiled brats — they had child-like faith in their father, and this faith redeemed them.

Am I speaking to any of you?  Do you feel your inner scoffer complaining sometimes?   Do you ever feel too distinctly “adult” and proud and stubborn and cynical for the kingdom?  When someone waxes too pious, or too happy, is there a voice inside you saying, “Please.  Just.  Stop.”

The other day, in house fellowship, we were consider John 1 and that odd passage where Phillip finds Nathanael and lets him know they have found the Messiah.

If you have been around church people most of your life, almost every character in scripture becomes a kind of spiritual super hero. You won’t even allow them to say anything irreverent, even if that’s what the text indicates.  Even as we were studying this, in my mind, I was making Nathanael over into a wise old ascetic, putting the news to some sort of reasoned, meek Berean challenge.  The text was saying, in effect, “what do you expect from a place like Nazareth, stupid?” but I was hearing, “now, brother, let us be cautious and prudent, and consider the source.”

When Philip urges Nathanael to consider Jesus for himself..

Jesus saw Nathanael coming to Him, and *said of him, “Behold, an Israelite indeed, in whom there is no deceit!”

I’ve read that passage dozens of times and felt humbled by it — and more than a bit distant from the character of those Jesus drew to follow Him.  I can’t imagine Jesus saying, “look, Jim Riley, a guy with no deceit!”

I saw Jesus, here, extending unqualified praise to Nathanael, effectively anointing him on the basis of his character–his lack of deceit–but is it that simple?  Are we really looking at Jesus praising a good and honest man, or are we looking at a Jesus who loves even a scoffer, an irreverent mocker of the little village where Jesus grew up?

Nathanael, after all, is raising a scornful and dismissive question.  “Can anything good come from Nazareth?”   Is that a deceitful question, or an honest one?  Well, of course good things come from Nazareth.  We know that now.  The Savior of Mankind comes from Nazareth.  But Nathanael doesn’t have our benefit of hindsight.  All he sees is a backwater village of no consequence.  He gives voice to his first impulse:  impossible.  Nazareth!  what possible good can come from that place?

So I see a broad smile on the face of Jesus, when He considers this man Nathanael, because, yes good things do come from Nazareth, and Nathanael was wrong to assume they couldn’t, but he was utterly honest in giving voice to his doubt.  His irreverence earned the Master’s praise.

And we should take some comfort  in that.  Being child like sometimes means asking foolish questions. Good news, my fellow brats.  He sees us under our fig trees, asking our stupid questions, and He still loves us.