Galaxy Quest, Without the Depth 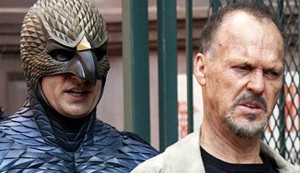 Why did I pay good money to watch Birdman?

Not sure. It might have been a convergence of social media feed-strength, along with the vague sense that someone — Michael Keaton — had been nominated for something Birdmanish.  I don’t remember Keaton in much of anything lately, and maybe he finally found something he liked.  Maybe it was that that title — Birdman.  It felt vaguely Burt-Lancasterish.  A re-make of the Alcatraz story?   The film came up as “recently released” for streaming on Amazon, and it was expensive, and someone produced a short on the continuous-take cinematography, and it sounded like an underdog story, and there was something independent sounding about filming a sequence in Times Square without official extras and location bureaucracy, so I figured, “sure, sounds fun.”

The nicest way I can describe this film is this: “unnecessary.”  It actually lives up to the condemnation it delivers at the hands of its own fictional New York Times theater critic: It takes up the space that might have been used by other, more worthy, projects.

Now, certainly, it’s conceivable that a guy who made a fortune playing an action hero “bird man” might also actually want to really do something gritty, and honest, and redemptive on stage.  He might feel that his cinema career was cheap.  He might regret his Malibu home, and the fame, and the vast fortune, and the instant recognition on the street, and the parade of babealicious free love, and the semi-plausible George Clooney rivalry.  Yes, there’s a small chance you could tell an honest story about such a struggle.

This isn’t that story.

On its way to trying to be that story, it drops names — Scorsese, Barthes, Raymond Carver, and that’s another way of telling insecure academy members to sit up and pretend they know where Princeton is. They’re being ordered, in other words, to remember that this isn’t Galaxy Quest, the obvious comparison, and the more honest version of this tale.  This is Galaxy Quest without the plausibility, entertainment value, and intellectual depth.

And, yes, it’s shot all in what appears to the viewer as one continuous take.  If breathless, relentless glidecam is your thing, then bravo to the DP and the digital team, but it’s a shame there’s no story underneath this claustrophobic roller-coaster.  Writers who have nothing to say actually don’t look better without cuts and camera angles; they look worse.  You can’t take your mind, even temporarily, off the bad story.

Keaton’s character, “Riggan,” really wants to do a great play, but he’s cast against a really bad actor. Instead of working this out on some human level, Riggan is allowed to use mind powers to drop a heavy stage light on the bad actor’s head.  Riggan doesn’t care about the paralyzing injury, because art is so important the little people can be given head trauma to further the cause.  In other words, Riggan is an asshole.  His friends, family, and fellow cast members are equally dreamy and lovable.  But we’re supposed to like them because they lose their breath whenever the names ‘Scorsese’ or ‘Raymond Carver’ are mentioned.  Oh, and did we mention the reluctant, but ultimately seductive lesbian kiss?  Yes, that’s there too.

Listen, you impostors:  I actually had dinner with Raymond Carver once.  He was a big, humble guy who had an alcohol problem and a penchant for telling honest stories.

You should try that sometime.