You forgot the violins and the Bach.. 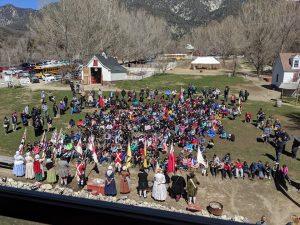 So I posted this picture on the Riley’s Farm Facebook page the other day and someone responded with a little plucking and clucking about “romanticizing the past” and “chamber pots and cholera” and all that–and I got to thinking, first of all: when people respond that way to a “living history” farm’s posts do they ever stop to ask, “hey, I might not be the first person in the world to remind the host that the past wasn’t always a Disney movie? This might be one of those ‘duh’ moments where everyone at the party sees me for the Captain Cliché that I am?”

No.  They don’t.  These types go right on informing us that light bulbs were not invented yet, and there were no antibiotics and people were killed in equestrian accidents — as though this were all fresh news.  They are the sort of people who remind you that Babylon Bee is a satire site. Admiral Obvious of the Ocean Sea.

I deleted the comment on editorial grounds.  Our guests have high standards, and they are too intelligent for sanctimonious boors, but then I thought I should have just responded: “what about violins?”

Yes, the past has more than a few dreadful confessions to make, but the past gives us: Bach and Pachelbel and Georgian architecture and Corinthian Columns and trial by jury and freedom of the press and the Saint Crispin’s Day Speech and the Great Wall of China and tall ships and Camelot and St. Paul’s Cathedral and the game of chess and hornpipes and reels and waltzes. The past gives us savory herbs and meat pies and Christmas carols and big bosom beauties in empire waist gowns. The past gives us hay rides and sleigh rides and ridden-out-on-a-rail rides. The past is parsley, sage, rosemary and thyme and renaissance lovers lost in the mist and a thousand poets putting love to language.  The past gives us noble men who announce before their death, “I regret that I have but one life to give for my country.”

So take your chamber pot, put it on your head, and go find a ride home. The rest of us have something to celebrate.