My incarceration is my own fault — not because I wrote anything “hateful” or anything that violates “Facebook Community Standards.”  It’s my own fault because I naively believed Facebook actually had an objective standard. If you take the time to read that soupy flimflam of corporate gray-speak, you’ll find that they both want to court disagreement (“People can use Facebook to challenge ideas, institutions, and practices”) and they want to arbitrarily curtail expression “..that directly attacks people based on their..” sex, race, religion, or current sociopolitical obsession. 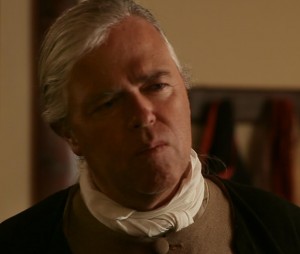 Challenge “institutions,” apparently,  but don’t “attack” anyone invested in them. Challenge “ideas” but don’t wax too direct with anyone who holds those ideas. “Attack,” of course, is never defined. (Does it mean, “was she shot because she was ‘Kuffar'” or would simply asking the question “is female genital mutilation defensible?” an ‘attack?’ Some of us in FB jail would actually like to know.)

No one can make sense of this.  It’s not a “standard.”  It’s a corporation with a progressive slant attempting to make their franchise sound fair and reasonable.  Anyone not happy with your expression on Facebook can now turn you into their response-bot as a thought criminal and your platform, your wall of democracy, is temporarily suspended, along with your ability to communicate with all of your FB friends.  (It’s the “Insta-Shun.”)  Facebook doesn’t have to be “fair,” in other words, and as its marketing minions continue to court Pakistan, Egypt, Iran, China, Sweden and other tolerance-challenged regions of the earth, it will get less and less fair.  With their global subscription base, Facebook, Twitter, and YouTube are becoming the new ABC, NBC, and CBS.

I’m the fool for thinking they would allow anyone that audience without controlling the content.  All of these platforms are beginning to moderate the feed more aggressively and the process is not likely to have anyone’s name attached to it. If a human being is even considering your “community violations case” (which I doubt), you’re the victim of a “safe-space” millennial trying to protect their fellow snowflakes from thinking, and if it’s just an algorithm, be careful of the wrong words.  (“Kuffar” seemed to do the trick for me.)  Are you building up a YouTube audience and actually monetizing it?  That could be yanked away at any time, if you adapt political positions deemed too controversial for advertisers. Are you establishing a Twitter audience?  Twitter can make you appear invisible to that audience.

They don’t have to have a reason. It’s a private platform, and they don’t have to justify their editorial decisions.  It’s the same freedom most of us conservatives would demand if we had established the forum for a global audience.

So the question is, why are we building their audience for them?

The sinister version of their approach is something like weed control. In farming, some chemical compounds actually make the garden come up too quickly.  They allow the plants to grow too fast, so they can be tilled under, making way for the big field of perfectly uniform, patented corn.  Have conservatives been given a chance to speak, only to identify and eliminate the “weeds?”  I’m not sure if Zuckerberg is that smart, but that’s the practical outcome.  If you can’t silence your enemy entirely, allow him to spend time building an audience in a theater you own, so that you can evict him and make him start over.

So I’m starting over here, and I recommend all of you start cultivating a platform built on your own forty acres.  America is about cussed independence, if it’s about anything.  I love the internet campfire and the friends I’ve made around it, but I don’t like the idea of being thrown out into the cold whenever our host’s very sensitive tripwires are triggered.

I’ll continue to market my business on Facebook as long as I can, (and they’ll allow it), and I’ll share links to my own platform as long as I can, but if some nitwit bitty from Portland decides I’m not contributing to global citizenship, you know where to find me.