Disclaimer/Warning:  I write about sex because I’ve found very few people write or talk about it with much honesty. If the topic makes you uncomfortable,  go somewhere else.  This won’t be titillating, but I try to make it honest.

Can there be such a thing? We are told, in scripture,the marriage bed is to be kept pure–meaning, of course, that it is not to be interrupted and defiled by adultery, but assuming a marriage is characterized by fidelity, that “purity” refers to a marriage bed, where sex, after all, has been taking place and deemed “pure.” The sex itself isn’t dirty or “unholy” or “wordly,” in other words, merely because it is sex.  It would only be stained by the unfaithfulness of one, or both, of the partners. Otherwise, the Song of Solomon lover is a picture of a man drinking liquor from his wife’s navel, climbing her palm tree and taking hold of her breasts like clusters of grapes. It is a picture of such exhilaration, such satisfied hunger, such nakedness that it echoes a pre-fallen state when our first parents were “naked and unashamed.”

God Himself, through the prophet Ezekiel described His love for Israel by painting a picture of a man beholding a woman:

Your breasts were formed, your hair grew, but you were naked and bare. “When I passed by you again and looked upon you, indeed your time was the time of love; so I spread My wing over you and covered your nakedness. Yes, I swore an oath to you and entered into a covenant with you, and you became Mine.”

The Lord God Almighty notices her breasts, her hair, her nakedness, and He claims it. Certainly it’s a story of love, and the most powerful sort of love imaginable–Godly Love. But here’s the uncomfortable part: it’s also a story about sex. Am I going too far to say God was checking her out? 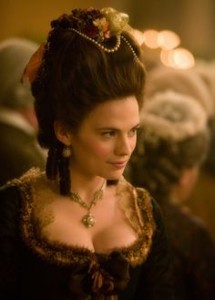 Typically, well meaning people of faith try to talk about sex by skipping right past the sex part and landing on the love and holiness part. Clinical, secular types draw pictures of sperm and egg uniting. But either approach is highly theoretical to a young virgin on her wedding night. People who talk about sex without talking about sex look like ridiculous standing broad jumpers, swinging their arms, squatting down for a good lift-off, and just hoping they can fly over that swampy puddle and land high and dry on the other side.

“Pfew!” thinks the youth pastor.  “I made sex sound sacred and not hot.”

But sex is hot. It’s insane. It’s a wild dance without having to count the tempo. When I was a teenager and I heard some well meaning youth speaker describe sex as “sacred,” or “holy” or all about “the purest kind of love you can imagine,” I got restless. I sensed someone was lying to me.

Of course what they were trying to do was describe two kinds of sexual intercourse: approved and unapproved. The unapproved (adulterous, fornicating) kind could be conveniently described as dirty, animalistic, selfish, and disease ridden. This was the sort of thing people without any self control did. It was vulgar and abusive coupling, and certainly, since sex has consequences, you can make the case that it could, depending on circumstances, be all of those things.

But consider a young man on a beach beholding the sheer wonder of a beautiful woman coming out of the waves. Is her form dirty and disgusting without a ring on her finger, and suddenly angelic and holy with a wedding band?  Or picture the same young woman, taking notice of the handsome young buck playing volleyball? If she feels something like desire for him, is she expected to wrap her little lamb of human need in freezer-wrap, store it ar sub-zero for six years, and then pray it’s still alive on her wedding night?

You would never see a racing car, or a palatial home, or a plate full of gourmet Italian food this way.  You may know that a stolen car or a stolen meal is sinful, but the thing itself is not to blame.  You don’t fail to enjoy your BMW, or feel ashamed of its leather seats, because somewhere, someone stole one.  Whenever you walk into your newly remodeled kitchen, and pour yourself a cup of freshly ground coffee, you don’t look nervously through the window, controlling your guilt, because you once coveted Martha Stewart’s pad.

Unfortunately, quite a few of us carry all of the former cautions and remonstrances about sex right into the marital bedroom, and you don’t even need to have been a “wild child” penitent to carry the guilt.  There’s plenty of free guilt out there for the taking, even — get this — if there’s nothing to feel guilty about.  Sometimes  a church tradition that properly laments sin, but improperly fails to celebrate sex creates a cloud of shame that actually drifts right into the bedroom as well.

Open the windows, (even if you close the drapes), and let that all that guilty stink out. Your husband wants to see your breasts, ladies. He wants to celebrate them.  He wants you to tempt him, play with him, be his seductress. And ladies, don’t crucify your desire.  God gave it to you for a reason.

Axioms For Breakfast
Is That Owl Presbyterian?
Ads by Google