I’m finally getting around to reading Puritans at Play by Bruce C. Daniels.  It’s  been in my library for a decade or more, and right from the start it speaks to a concept I’ve struggled with, in one way or another, my entire life.  The New England Reverend Benjamin Colman called it “Sober Mirth” — the need to strike a balance between celebration and piety.  Standardizing the spelling, Colman explains in 1707…

“Sober Mirth is a duty so far as it is a due acknowledgment of Gods Bounties to us… if we be always of a heavy heart and sad face; we in effect say, that we receive nothing from God to make us cheerful and thankful..”

At the outset, I’ll just say that I don’t think most churched people are anywhere near as screwed up as I am on this topic — meaning that I think most people, in the church, and in life, take a balanced approach to life’s pleasures.  They know not to overeat.  They know not to flirt with their boss’s wife.  They know they can overindulge almost anything — TV, liquor, sex, work, Fantasy Football, World of Warcraft. They work hard, and enjoy the benefits of that work in moderation. I’m not speaking to you well-adjusted types.

I’m really speaking to all my fellow obsessives: you know who you are.  Some of you bring a Taliban zeal to the dominion age of Christ. You were into Bill Gothard modesty standards and purity rings and every effort to shut down the local casino. Like quite a few New England clerics, you almost sound as if you don’t believe a conversion unless it bears a dark and fearful scowl. You were the Baptist guy who told me not to have a beer at a Christian colonial living history event — while you were conducting an internet affair on the side. You couldn’t imagine a glass of wine at a Bible study, and you turned Christ’s wine at Cana into Welch’s grape juice.

Quoting H.L. Mencken’s unfair definition for Puritanism, you were the one with the “the haunting fear that someone, somewhere, may be happy.” 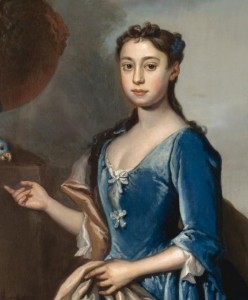 This reality, then and now, is not as easy as it sounds.  I’ve seen too much wreckage over the years.  A friend told me he once counseled a couple who proudly claimed they had never seen each other naked. Even if you haven’t run into prudishness on that scale, most of us know the guy who shuts down the candy sale for the Boy Scouts on Sunday because it is conducting “commerce” on the Sabbath.  (These are the same people who would have scolded Jesus for healing as well.)

In other ways, there are Christian mothers who inculcate “service to others” in such an austere way that they never make time for their own children’s birthdays.  Other dads make “saving money” such a god in their homes, their children are anxious to visit a home where they can hear music playing and motorcycles being fixed and the pretty teenage girls getting gussied up for the family’s trip to the big city.  Young people are attracted to life — and Jesus promised we would have life, and “life more abundantly” — but some Christians act as though they could frown their way into heaven with an austerity program.

True piety, the peaceful, grand, unadorned worship of God, is a wonderful thing, but it can’t be faked. Mocking God’s wholesome pleasure — a good cigar, a fine glass of wine, a night of naked bliss with your wife — actually makes the worship of God look fake, because this is the God who  reminded us what a beautiful babe Esther was, who would describe wealth down to the last cluster of raisins, who urged us to put our talents “out to trade” for even more wealth — not that we might love wealth, but that we might increase it for the kingdom’s sake.

If you ever catch some in Christian leadership apologizing for Donald Trump, there’s a simple reason for that.  These guys wouldn’t have gotten along with Abraham, Issac, Jacob, David, Peter or Jesus for that matter. The promise of grace is  just too simple for them. It’s too easy.  They don’t like any game where they don’t make the rules.

America, I’ve always said, is  really historic New England — a place where every citizen was literate, where barrels of rum stood by at church raisings, where lotteries built bridges, and where the marriage bed produced dozens of children, and all of those children learned how to read, discuss, and debate the Bible.

A place of Sober Mirth.