I wrote yesterday about someone in my life who is “real,” but it would be a mistake for anyone to think that’s an easy thing to accomplish. 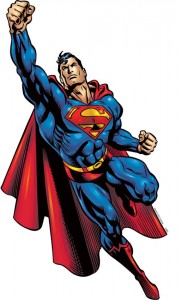 It’s not.   It takes an extraordinary amount of work to achieve anything even close to “real,” because we are utterly false creatures. We say we’re feeling fine, when we’re not, and we do that, sometimes out of generosity.  We don’t want to shift our burden onto someone else.  We don’t want to be pitied.  We don’t want too much attention.  We want people to move on, pass by, thinking we’re fine, because we can’t stand the notion that someone is out there, maybe taking a little pleasure in our misery?   Is it possible we’re that devious, and small?

Yes.  Of course.  I believe it was Tommy Lasorda who said, “80% of the world doesn’t care about your problems and the other 20% are glad you have them.”

Who is going to be “real” under those circumstances?

The “real” thing to say when someone asks you how you’re doing might be, “oh, generally pretty sucky right now,” or it might even be, “utterly, heart-stopping fantastic, thank you very much.”

The point is that a “real” person would stop to ponder the question for at least a second or two, and give a response based on his assessment — consequences be damned.

Now, having said that, I’m reminded of the verse Bud Powell quoted the other day on the subject of Godly reticence:

A fool uttereth all his mind: but a wise man keepeth it in till afterwards.  Proverbs 29:11 (KJV)

There are times to be silent.   There are fools who can’t handle the truth and will only make your life worse for hearing it.   There is some merit to trying: “keepeth it in until you haveth all the facts, brother.”

But, generally, among the people you love, among the people you work and fellowship with, a little reality is a great thing.   When I was a kid, growing up in a pretty “churched” environment, a guy got up to the pulpit one day and cut to the chase about teenage acne.   “If you’re walking around all blotched up, get yourself some tetracycline.”  It was just an aside, but the utter practicality of it, amid all the high-minded church talk, was refreshing.   Weren’t we all supposed to see beyond the surface?   Love each other for how beautiful we were on the inside?   Maybe.  But it doesn’t work that way in practice.

I told my dad one day, as a 4th grader, I had a crush on Janice Overlock.  He said, without skipping a beat, “women want what they can’t have; play hard to get.”   That actually felt a little contrary to my Sunday School lessons.   Weren’t we supposed to be transparent, loving, truthful?   Here’s a weird little braid on my theme here:  the “real truth” here is that romance thrives on a little salutary deceit.   It’s “real” to say so.

Someone should have interjected:  “Should he have a cape too? Should he be able to leap tall buildings with a single bound?”

We don’t do each other any favors when we spin holy cobwebs around ourselves and pretend we’re building a home.

Arrived at Destination
Save the Baby
Ads by Google