Yesterday, I argued there can be beauty, and even virtue, in tawdry places, but I think I was really wrestling with a more fundamental problem: how to live, when to speak, when to shut up, which jokes to tell, what life-script to pick.

God certainly seems something like a playwright.  He gave Pharaoh a role to play, and even decided to harden his heart. He commanded Moses to play another part. He dictates to some, coaxes others, and He even uses, as in the case of Samuel the prophet, mom and dad as stage parents. And if you really want a cosmic twist, He controls whether you are even interested in acting a redemptive part in His play. (“No one can come to Me unless the father who sent Me draws him..”) 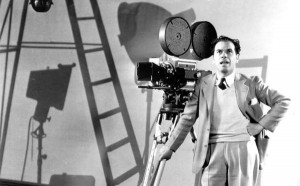 I tend to hear, in my head, two extreme script choices, both of which are easy to reject on their own merits.

The first one is that of the apathetic, unthinking heathen. In television dramas, these are the guys who are easy to hate. They are nothing but walking, gorging appetite. They take what they want. Other men’s wives and money. Other men’s dignity. They are self-obsessed, lawless, and thoughtless. I’m not just talking about the easily dramatized types either–union thugs and venal politicians. They could be dullards and slugs, because what they have in common is their own self-worship. I’m talking about the people who don’t seem to have any internal dialogue at all — not with themselves and certainly not with God.

Obviously, when you’re picking your life script, that’s an easy role to turn down. We may fall into this category from time to time, but it’s not anything we advocate as a standard. We’re ashamed of ourselves when we play our role that way.

There’s another script, and I tend to run into this sort of “role quandary” quite a bit more — the high-minded, checked-out Christian who appears to be hovering through life, weightless, in a spiritual spacesuit. He’s not just a pilgrim in a strange land. He’s wearing a Hazmat suit, and you get the feeling you are one of the toxins he’s avoiding. These types tend to quote about 2% of the Bible in their public discourse. They are heavy on the “taste not, touch not” material. They manage to be judgmental in the very act of claiming to be non-judgmental. If you were to play the banjo for them, and you really nailed the tune, they respond by saying, “can you imagine the sort of music we will hear in heaven?” They are so focused on a new heaven and a new earth, they would take no pleasure in the lilies of the field. 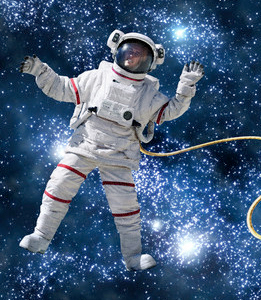 Well, plainly, I can’t stand those types. Nobody can. I don’t even think they can stand themselves.

But God is a lot better artist than I am, far more subtle and complex, and what I’ve presented here is hyperbole, in order to present the extreme ends of a balancing act I think we all face.  How do we keep our eyes on heaven and still harvest grain here on earth? How do we lay up treasure above, when our iPhone apps are so interesting? How do we become a classical cellist and still remember there is grander music at the end of our life’s horizon? How do we stave off our inner brute without trying to out-holy Jesus?

Jesus warns of the man whose fields yielded so much grain that he wondered what he might do with it all.  After building new barns to hold the harvest, the rich man says to himself: “Soul, you have many goods laid up for many years; take your ease; eat, drink, and be merry.”  The ending of this story isn’t very pretty. Jesus calls the man a fool and warns of an imminent encounter with God after a life lived full of hoarding personal treasure, without becoming “rich toward God.”

But then there’s the parable of the talents, where Jesus appears to praise the men who put their resources out to good use, who made a return on their investment, and he closes that story with a message that would make a Bolshevik grind his teeth: “For to everyone who has, more will be given, and he will have abundance; but from him who does not have, even what he has will be taken away.”

The “space suit” Christian takes all this in and sounds like a guy breathing helium when he talks about it. He’s not getting any real oxygen from the story because he forgets Jesus is describing how we live on earth.  We may be laying up treasures in heaven, but we’re making the deposits right here. Son, you better do something with those talents right now, and you better not be waiting for the better world to come, or you will have those talents taken away. Likewise, if you have too much invested in your “retirement,” your ease, your “goods laid up for many years,” then you have fallen in with the union thugs and the pirate politicians, who trust in their own money, their own flesh, their own appetites.

Again, I’m resorting to hyperbole, and the real world is more subtle, and more dangerous. I’m pouring all of my energy these days into building an internet television station.  It’s fascinating stuff. I collect film-making equipment. I ponder story lines. I am thoroughly challenged, humbled, and obsessed by the task of building an audience. I want my children, and staff members to share this obsession because I have the audacity to dream about prosperity, and jobs, and entertainment that is well-crafted and redeeming. It doesn’t have to be Warner Brothers, but if I could imagine my great grandchildren making movies, fifty years from now, is that too much to ask?  Of the God who can move mountains?

Well, if someone told me, “slow down and invest in God’s plan for you,” I just might slap them silly.

I’m not altogether sure, moreover, who would be right in that exchange. We’re presented with a world full of beauty and intrigue and challenge, and, frankly, it’s difficult to know if our time is being spent as it should, whether we are really working to build the kingdom, or just building our own kingdom. Do I really need the leather seats and the extra HMI lighting kit, or should I be weaving a loin cloth out of goat skin and trying fried-locust recipes?  Is it time for a prayer, or a joke?   Should I be embracing or folding my arms?

It would be nice to think there is some pat, scriptural formulation for script-picking of this sort.

On second thought, no, it wouldn’t be nice.  The people who make it simple are the enemies.  Those are the guys in the space suits. The real Christian reads the Text, prays, and takes counsel — because the role itself is full of peril and drama.

Is Living Allowed?
The Half-Strength Jesus